The Shaking Quakers, or “Shakers,” as they are commonly known were members of a movement originated in a Quaker revival in England in 1747 led by James and Jane Wardley. However, their strength and prominence in the United States developed after the appearance of Ann Lee, or as she would become known, “Mother Ann.” The Shaker societies reached their peak during the 1830s. The term “Shakers” was attributed to the group because of their wild outbursts of song and dance during their religious ceremonies.

While singing, dancing, and marching characterized many phases of Shaker worship, other tenets included: celibacy, open confession of sins, communal ownership of possessions, separation from the world, pacifism, equality of both the sexes and the races, and consecrated work.The Shakers rejected the doctrine of the Trinity and drew much inspiration from the Pentecostal Church, of which the five primary principles were: common property, celibacy, non-resistance, separate government, and power over physical disease.

Another critical aspect of their society was the “family” system. In this system, each Shaker community was divided into semi-autonomous subdivisions called “families.” Each community consisted generally between 2-6 families, ranging in size from about ten to more than one hundred members. Each family was administered by either an elder or elders who acted as the leading characters of the family. These leaders knew the occupations and locations of every Shaker within the family, conducted the initiations of novices and controlled the movements of trustees in their external dealings. The basic unit of social interaction for each shaker was the family. While the sexes were equal, they interacted minimally in order to circumvent human sexual desires. In accordance with the practice of Mother Ann, the only question asked of those who sought admission to the society was “are you sick of sin, and do you want salvation from it?” Overall, the society was one of extreme restriction on individual freedom in the interests of the community.

Religion played an immense role in Shaker society. Devotion to God led the Shakers to renounce a decadent life, sexual relations, and even nuclear family relations in order pursue their spiritual beliefs. In order to give all their attention to God and spiritual study, the Shakers eliminated all distractions and used all their energy to their religious devotion. One way of suppressing sexual desires, for instance, was for the Shakers to exert all their energy through active dancing and stomping through which they celebrated their religion.

The Shakers were also well known for their produce. As a self-sustaining community, members of the Shaker community spent the majority of their day contributing labor to the farmlands. This also contributed to their exertion of energy that exhausted them to the point of being unable to consider acting on their sexual desires. 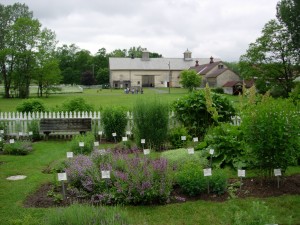 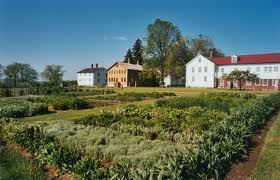 The Shakers are also well-known for their excellent craftsmanship, particularly wood carving. Their simple, functional style has made their work famous throughout the states. 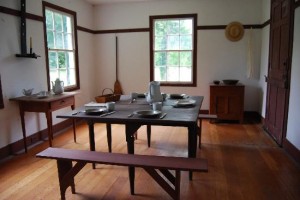