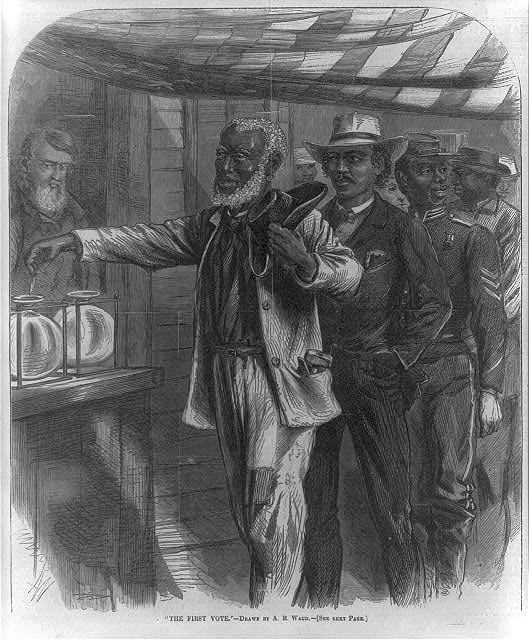 Congress passed  the Fifteenth Amendment on February 26, 1869  to the United States Constitution.  It prohibits each government in the nation denying citizens to vote, despite of their race, color, or the previous experience of being a slave  except for women. The drawing from above was by Waud, Alfred R.  to portray the first vote of the African Americans. The intention of the artist was to show the eagerness of the former slaves to vote. This amendment did not only granted the African Americans’ right to vote, but also marked the victory of the Civil War.

9 thoughts on “The First Vote”