How blunt is too blunt?

The following is a post from cac.ophony by David Parsons, a CUNY Writing Fellow, on a recent email exchange between Scott Galloway of NYU’s Stern School of business and a student, which has begun to generate all sorts of interesting discussion on the ways in which faculty members should or should not communicate with students. The original post is here. 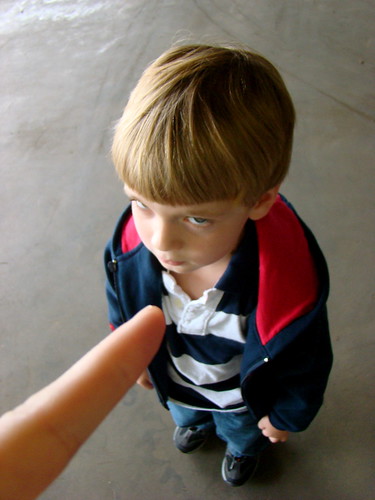 A professor at NYU’s Stern School of Business, Scott Galloway, recently sent an email that has gone viral, due largely to its unique approach in response to a student’s particularly obnoxious behavior. The student, who remains anonymous, had arrived an hour late to class and been denied admission, and later emailed the professor to explain that he was late because he had been “sampling” different classes, the last of which was Professor Galloway’s, and that it was within his rights to explore different options at the beginning of the semester.

Galloway’s response has caught attention because of his brutal honesty in addressing what he sees as the student’s overall functional weaknesses. In short, he takes him down a few notches. You can read the full exchange here, but I wanted to focus on a specific piece of Galloway’s final advice:

“Getting a good job, working long hours, keeping your skills relevant, navigating the politics of an organization, finding a live/work balance…these are all really hard, xxxx. In contrast, respecting institutions, having manners, demonstrating a level of humility…these are all (relatively) easy. Get the easy stuff right xxxx. In and of themselves they will not make you successful. However, not possessing them will hold you back and you will not achieve your potential which, by virtue of you being admitted to Stern, you must have in spades. It’s not too late xxxx…”

END_OF_DOCUMENT_TOKEN_TO_BE_REPLACED

Understanding What You Don’t Understand

When students are having trouble, I often suggest that they come to work with me one-on-one so that we can figure out where they are going wrong and fix it. We go through an example of a basic and core problem, such as a simple supply and demand problem in economics. I ask them to explain things to me step-by-step so that I can see at what point the difficulty or mistake occurs. When we get to a point where they don’t know how to answer a question or where they have a misunderstanding, I jump in and explain. Then we do another example—or several more—so that they have a chance to do it themselves. Students usually find where their misunderstanding, or missing understanding, is.

Some students feel upset at being “put on the spot,” and some just avoid coming in to do this. I know that it is important that students don’t think that they are innately stupid and can’t learn. And I worry that highlighting their lack of understanding can undermine students’ confidence. But this method of finding out what students don’t know is generally very effective. Afterwards, they frequently enjoy a major leap in performance and understanding.

One student response, however, undermines the process and raises a red flag: “I understood that” right after saying something that showed not understanding. If you don’t realize that you don’t understand something then you can’t fix it. In my experience, such a response indicates a student who is unlikely to learn and improve either from our interaction or in other settings. Over the years, I have come to repeat things like: “Knowing what you don’t know is the key to learning”; “In economics (research methods, etc.) many problems are hard, and I often don’t understand them at first. It takes work. You need to be comfortable with not understanding things. Not understanding doesn’t mean anything is wrong, just that you need to work at it.”

But these are things that I say primarily in my office with individual students and only rarely to the class as a whole. Even when I speak to the class as a whole, I don’t really offer concrete methods for helping a student who does not recognize what they don’t understand to gain that recognition. I would like to have a more systematic way to help in this process.

Therefore, I read with interest an account of a CUNY project on self-regulated learning, described recently in the Chronicle of Higher Education here . The article describes how in a basic math course at City Tech, “when students make errors, they need to be coached to reflect on exactly where they went wrong…students are required to rework at least two of their incorrect quiz problems…[and] write a sentence or two about the correct strategy.”

What do other instructors think? How do you respond to students who don’t recognize when they don’t know or understand something?

Posted on February 3, 2010 by WMillhiser

I’ve got a section of 120 students this semester. I’ve taught it before and always enjoy the group—there’s so much energy at 7:30 at night. Thinking about the class, I recently reread Joan Middendorf and Alan Kalish’s “The ‘Change-Up’ in Lectures” (The National Teaching and Learning Forum, 1996, Vol. 5, No. 2, pp. 1-5), a refresher of tricks to make large lectures more engaging.  Perhaps you’ve seen it.

My favorite quote from the article is this:

One explanation for the lapses in students’ attention is that the “information transfer” model of the traditional lecture does not match what current cognitive science research tells us of how humans learn. Research tells us that the brain does not record information like a videocassette recorder.

The full text of the article is on the web: ntlf.com/html/pi/9601/article1.htm

In the original printed version there is also this sidebar of tricks: ntlf.com/html/pi/9601/article4.htm

Tricks include the well-known “think-pair-share.” Have you ever tried the so-called “kisses and crackers”?