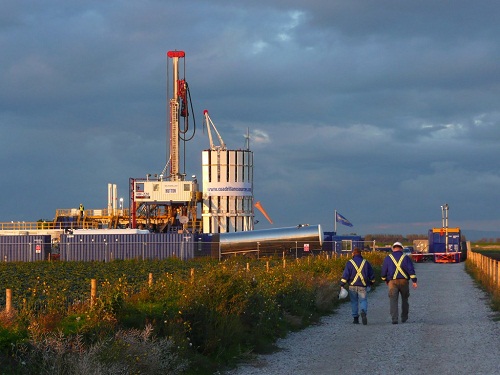 Amidst ongoing debate over the benefits and drawbacks of hydraulic fracturing (or fracking), Bloomberg reported two weeks ago that U.S. oil production reached its highest level since 1992. The prospects for U.S. energy independence seem cheery; foreign oil and gas imports met just 11% of the United States’ energy needs. When fracking first entered the limelight several years ago, other countries also viewed shale gas as a viable alternative to relying on foreign oil. In 2011 Poland hoped to be at the forefront of the shale gas boom in Europe and drastically reduce its dependence on Russian oil imports. Today, however, it appears that Poland won’t be free of Russian energy any time soon.

Fracking is the process of extracting oil or gas from shale, a type of rock. A mixture of water, sand and chemicals is injected into a well to create cracks in nearby rocks of shale. In Poland, the process has proven to be more difficult than it first seemed. But the greater hindrance to Poland’s shale gas dreams is the regulatory environment. In 2012, Prime Minister Donald Tusk stressed the need for “a tax system concerning this wealth, and a legal system that will be profitable not only for our own country, but also friendly for those who will cooperate with us on this venture.” The Polish government has been unable to deliver such systems, and three major investors, including Exxon Mobil, have already pulled out.

The Polish oil industry’s main lobby group is worried about unclear and unfavorable regulations surrounding the drilling of shale gas. For example, drilling licenses only last a short period of time and can only be renewed twice. A host of penalties on delayed work schedules and high tax rates are also dissuading investors from pursuing shale gas exploration in the country. An executive from one of the discouraged oil companies was quoted saying that the industry “will not fulfill its potential” if the government doesn’t change its approach. In my opinion, the current state of shale gas exploration in Poland serves as a cautionary tale to other countries seeking to exploit local natural gas reserves. Only time will tell if Poland can still become the shale gas giant that it set out to be two years ago.

Do you think Poland can lead the natural gas revolution in Europe? What can it do to attract investors? Voice your thoughts in the comments section below.

Check out the following links for more on the state of natural gas exploration in Poland:

For more information on fracking in the United States, check out the following links.

2 thoughts on “Natural Gas In Poland: Not All It’s Fracked Up To Be”