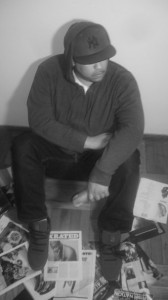 “Good Producers spend a lot of time making music, great producers devote their time making hits,” said Jason Vasquez, also commonly known as Cyrus. Sitting in his black leather chair, multitasking, syncing his studio equipment with his software. He sat focused as he played sampled beats, created by his producers as well as himself, as his team practiced their verses before rapping in the booth.

The beats echoed loudly with their heavy bass, synthesized sounds, vocal samples and instrument layouts through Cyrus’ Dynaudio speakers or monitors. Though the two speakers are only about one foot and few inches high, standing in front of them can literally be compared to being at a concert.

The rapper eagerly stepped into the booth, preparing to do lay down his track. Cyrus 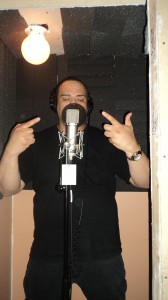 worked on his computer and workstation like a mad scientist, preparing to bring his creation to life.

“Music to many people is just music, but when you spend five to seven hours up to three or more times a week, music comes to life,” Cyrus said, “It’s up to the producers to give music shape, the rappers give it a voice, and the engineers fine tune that voice,” he continued.

Cyrus has worked seriously on music from rapping to learning and perfecting beat making for the last five years. However, he discovered his passion for music, beginning as a freestyle rapper when he seventeen years old. Cyrus would venture out into the streets battling for the rights to be recognized by fellow artists. “Cyrus was always in the streets crushing somebody,” said close friend and partner Slim Reaper, songwriter and performer. “He was battling guys at least two to three times a day, it didn’t matter where he was, at school, or the train” he continued.

“It had come to a point where rappers in my hood used to refer to me as Lil’ Nas,” said Cyrus.  A proud man in his thirties today, Cyrus spoke of his experiences in the streets of the Bronx spanning from Southern Boulevard to Parkchester.

The name Cyrus derives from the King of Persia, meaning winner of verbal contest, according to the experienced artist. His current battle record is 98 wins 2 losses, a majority of his wins he received from participating in the Unsigned Hype mixtape tour freestyle competition in 2004.

Performing at many venues all over New York such as Club Rebel, Nuyorican’s Poet Café, Madison Square Garden, and the Bowery Poetry Club to name a few, only increased the fame behind his name, making him recognized among many artists.

However, what made the up and coming artist truly hungry for music success was when he lost his job. Unsure of how he would make ends meet, Cyrus thought to himself what could he do to make money? Realizing he was spending massive amounts of time at the studio, rapping and learning how to make beats, he thought why make money with his music. 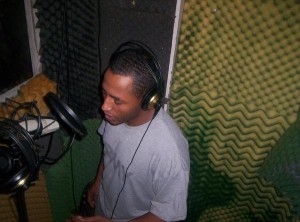 Using the little money he had left, he physically pressed up to 200 of his mixtapes and began selling them for $2 a CD. “The first week, I sold over 2,000 CD’s and by the end of the month, with the help of my original team, we managed to sell some 8,000 copies, that’s how it all started,” said Cyrus. Using what he earned from his sells, Cyrus began purchasing equipment to acquire his own studio.

The studio equipment reached a sum of about $12,000, some tools such as his silver polished Neumann u87 microphone priced at $3,500. Not to mention Cyrus upgraded from his rather limited free Audacity software for Pro-tools priced at a low price of $675. “My studio or lab may not be pretty yet, but it definitely didn’t come cheap,” said Cyrus.

Though the studio setup set the aspiring rapper/producer back, it took no time for him to get back to his feet. Because he is the founder and self made CEO of Cyrus Worldwide, whenever songs, beats or any other work is done in his studio, proper payments are made. “I usually don’t charge my people who come to do work, unless they intend to use my blank CD’s and labels, but if knew rappers and producers come, I charge anywhere from $100 to $150 per hour,” Cyrus proudly stated. 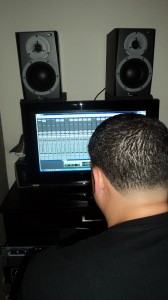 The Cyrus Worldwide coalition spans out across the city from Brooklyn and Manhattan to the Bronx, Yonkers and Staten Island, with well over 70 producers and rappers working 6-7 hours, three days a week on their music pursuits. Each member maintains over 8,000 fans on Twitter, Facebook, Myspace and other social websites where they can promote their “Movement.”

“Not everyone can work 7 hours a night on five songs at a time, and then go straight to our regular jobs by 8am, that’s what makes us the Worldwide Coalition, no one is as hungry and devoted as we are,” said Cyrus before putting his head phones back on to mix down some tracks for the upcoming mixtape.

This entry was posted in Music and tagged Joseph Jackson. Bookmark the permalink.

53 Responses to The Cyrus Movement Prepares for Musical Warfare