What’s Next for Dirty Mac?

From performing in front of 10 people to performing in front of 40,000 people, Dirty
Mac has come a long way after 11 years of making a dream. The 24-year-old hip
hop artist, whose real name is James McNamara, was first introduced to the hip
hop world at the age of 13, during a freestyle cipher in his middle school in Elizabeth, NJ. 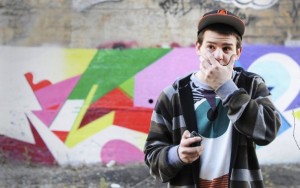 “I tried [freestyling] and the response that I got from doing it was surprisingly good,” says Dirty Mac. “From that point on I knew something was there and I needed to dissect it more so that I could make something out of it.”

Shortly after participating in his first freestyle cipher, Dirty Mac moved to the city he reps in his songs and currently resides in, Scotch Plains, NJ. According to Dirty Mac, the move played a large part in identifying himself as an artist and he has come a long way since then.

In 2008, he became the USA MC Challenge Champion and most recently, he had the opportunity to perform at Rutgersfest 2011, a concert held at his own school, Rutgers University. In front of 40,000 people, his largest audience to date, Dirty Mac opened the concert for Yelawolf, 3OH!3 and Pitbull. 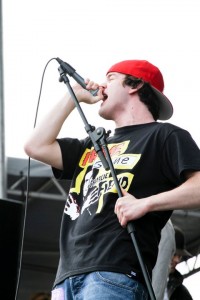 Every up-and-coming artist dreams of an opportunity to share the stage with those who have already made it in the business and for Dirty Mac, it has been a push in the right direction. In the weeks since the concert, his career has taken off immensely.

“I have been booked for many different interviews and shows and contacts have been flying all over the place,” says Dirty Mac. “The fan base has increased significantly and I have been playing more shows than before. Rutgersfest 2011 was not only an experience to
perform in front of 40,000 people, but it was also a great opportunity to showcase
myself as a student of the university.”

With new opportunities emerging, Dirty Mac is preparing for the release of his second album, “Service With A Style” along with the production of his second music video, “Get Back (Be About It)”. His first video, “iLL Scalpel (Reprise)”, received 3,136 views on youtube and with his increased fan base from Rutgersfest, the hope is that the second music video will be even more popular.

Luckily, most of the people working on Dirty Mac’s music videos were friends who volunteered to participate for free. The director, Anthony Infantino, is a friend of Dirty Mac’s and the video was his first project as a director. Thanks to Dirty Mac’s impressive
negotiation skills, they were also able to use several locations in New Jersey
at no cost for the “Get Back (Be About It)” music video. 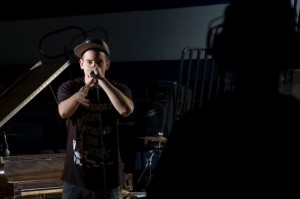 With the release of his album and video approaching, Dirty Mac has a lot of work ahead of him, but his summer tour may slightly put things on hold. “Along with the release, I do have a small tour in mind for the middle of the summer,” says Dirty Mac. “A lot of the dates and places are undisclosed at the time, but will be announced once the final word is out on the release of the project. I have a lot of things planned out. Timing is everything at this point, but be on the lookout.”

Despite the uplift in his career, for now, Dirty Mac will continue working his day job, bartending at Famous Daves. He feels that keeping a steady job is important until he begins to make a consistent income as an artist.

“I am not one of those artists who can go into the world thinking I’m going to go from working for tips one day to selling out Madison Square Garden the next day,” says Dirty Mac. “Realistically, it’s a matter of what you can do with the money you save as a ‘struggling artist’ and how you can turn it into greater exposure for yourself and earn decent pay being more exposed to the world. Until I figure that out, I’m sticking to the 9 to 5 routine. Everyone’s got to have something before they can cake off of their craft.”

119 Responses to What’s Next for Dirty Mac?