Wasps: A Mother’s Guide to What NOT to Do

Wasps was a disturbing film about a woman who continuously neglects her four children, including one infant boy. The beginning of the movie immediately gave me insight into the type of influence the mother was on her children. She walks barefoot to a neighbors house with her children to start a fight and once the fight has died down, she orders her children to give their neighbors the finger. 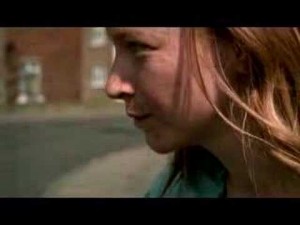 Later in the film, we see the woman feeding her children flour, because all the food in her house has gone bad. She is clearly a lower class woman, jobless and poor, with no intention of being a better mother.

At the end of the film, she takes her children to a bar with her so she can spend the night with an old fling, Dave. I was appalled to see that she used the little change she had on her to buy a beer for the guy she was with and only crisps and soda for her children. It’s bad enough that crisps can hardly be considered a real meal, but the infant boy seemed to young to even be eating anything other than milk and baby food.

After being in the bar for hours, the mother goes outside, not to attend to her children, but to make out in a car with Dave. The children are desperate for food and after sitting outside for hours, the older sister finds some spare ribs on the floor to feed her baby brother.

Not long after, a wasp flies onto the boys face, and only after hearing screams from her children does the mother stop making out to run to her son. The film made me upset to think that there are actually mothers like that and children that are suffering around the world.

Posted in Independent Film | Comments Off on Wasps: A Mother’s Guide to What NOT to Do

I Must Confess, God of Love Should Not Have Won

In this year’s Oscars, five films were nominated for Best Live Action Short Film. While my favorite film was The Confession, I was surprised that my least favorite film, God of Love, was the winner last night. It’s not that God of Love was a bad film, but I wouldn’t say it was Oscar-worthy in comparison to the other films it went up against. It was fluffy, while the other films had so much more depth and emotion. 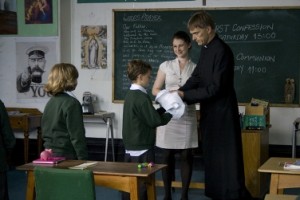 The Confession, for example, is an unpredictable film that raises questions about how innocent a child truly is. The film features a 9-year-old boy named Sam who is preparing for his first confession. Sam is so innocent that he can’t think of anything to confess. In an attempt to help Sam, his best friend, Jacob, comes up with an idea to steal a scarecrow from a nearby farm. A harmless prank results in a chain of events causing the death of a family and the murder of Jacob and when it finally comes time to confess his sins, Sam cannot bring himself to tell the priest what he has done.

The Confession was the first film played out of the five short films, and while I remember the mood in the theater being very light at the beginning of the film, I also remember the exact moment that the mood turned dark. It was the scene where Jacob and Sam had left the scarecrow in the middle of the road to scare the farmer and instead, he turned down a different street. The audience laughed, until a few seconds later, when another car came flying down the road, swerved to miss the scarecrow and hit a tree. We all shared a unanimous gasp. 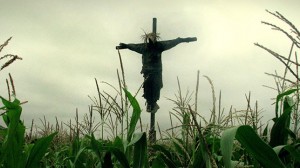 Moments like this, when I’m so lost in a movie that I actually gasp, are when I know it’s had an impact on me. I loved it. I wasn’t the only one that felt this way. Looking over at my mom towards the end of the film, I noticed that she was crying. Afterwards, she told me how moved she was by the film. “You just don’t get that kind of emotion from commercial films these days,” she said.

The film’s director, Tanel Toom, studied filmmaking at the Tallinn University and aside from The Confession, he has directed several short films including The Second Coming, which was premiered at the Venice Film Festival in 2008 and won an award for Best European Short at the Archipelago International Film Festival.

After deciding to go back to school, Toom graduated from The National Film and TV School in England in 2010. The Confession was his diploma film and won the Student Academy Award for Foreign Film. This film is evidence of Toom’s passion for stories that leave an impression on his audience and it seems The Confession is only one of many influential films to come from this creative director.

Short Films? There’s a First Time For Everything

It was my first time at the IFC Center and immediately I thought the theater had character. It was small, but quaint. They even served organic popcorn, which is hard to find at a movie theater. I was there on a Tuesday night to see the Oscar-Nominated Live Action Short Films.

Usually, going to the movies doesn’t phase me. Most movies I see are so commercialized that before I even get to see them, I already know what they’re about. There’s no element of surprise, but on this night I had an entirely different experience.

I hadn’t seen any previews for the films so I had no idea what to expect, but I was excited. It seemed the rest of the audience shared my anticipation. “I was surprised. The place was pretty packed for a Tuesday night,” said Alexandria Lofters, my sister, who I brought along with my mom to see the films.

There are very few movies the three of us can see together, given our different tastes, but at the end of the night, we all agreed that the short films were amazing. I hardly ever watch the Oscars, but I can’t wait to see which film will win and I’ve already decided to go back to IFC and watch the films again next year.

Oh, Inverted World Trumps the Not So Suite 7 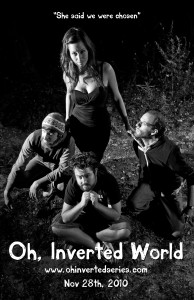 Three of the characters, also known as the bearded three, are approached by a damsel in distress. They immediately offer her their assistance and instead, she kidnaps them. The ending left me in suspense and I was curious about who the mysterious woman was.

“I liked the bad acting, because it made it seem like a mockery,” says David Ospino, student at Baruch College. “It put emphasis on other aspects of the show and it was funny.”

Like Ospino, several of my peers agree that Oh, Inverted World is not like typical shows you see on TV, such as Suite 7. While the acting in Suite 7 was better than Oh, Inverted World, I felt the plot still came across as boring. The two characters in Suite 7, a hotel guest and a hotel manager, exchange conversations about how lonely they both are.

Right away, you can think of a million shows with this same plot. It definitely didn’t leave me wanting to watch more or to know what happened. Also, the episode only featured one setting, the hotel room, but the Oh, Inverted World episode took place in a car, a house, a bar, outside, etc.

A change in scenery keeps the viewer awake, and wondering where the characters will end up next. Oh, Inverted World grabs a hold of this concept, while Suite 7 falls short.

Posted in Independent Film | Comments Off on Oh, Inverted World Trumps the Not So Suite 7