Between fiction and non-fiction, which one is better?

Imagine, for a very literal metaphor, two different books which laid out in front of a person: a non-fiction book and a fictional book.

Which one should a person choose and read?

Generally speaking, people tend to name non-fiction as the greater of the two genres. People always speak about being realistic and staying grounded, and sure, that may work in a pure business setting, however, for true ideological change, they have to learn to embrace fiction, or ideals.

Survey Graphic itself realized this, as when they first began to publish articles about the negro community, it was all non-fiction literature, and focused on a much more analytical perspective on how to change and the accomplishments of those in the community. This is representative of the non-fiction book.

The non-fiction book, the real, would do it’s best to convey matters as they are, point to the factors that caused it, and the possible consequences of such a thing occurring. It is knowledgeable. For example, in ‘The Making of a Harlem’ by James Weldon Johnson:

This passage is a recounting of how housing prices in a neighborhood completely tanked after colored folk began to move in. It’s a record of the historical racism and push-back the negro community had suffered, and how it led to the formation of Harlem. It’s an issue that they want all in the negro community to learn about, and to fight against.

But after a decade after the magazine began it’s first publication, they began to shift gears and began to publish fiction, or the ideal, in the form of poetry. These poems are emotional, they warn their readers, they wish for the best but are frustrated with what reality has dealt them. In particular, ‘Like a Strong Tree’ by Claude Mckay exemplifies this best: 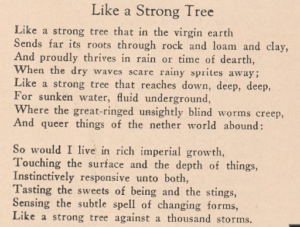 The tree is an ideal of the strength of self. The strength to hold onto their beliefs and how McKay wishes to stand tall like this tree for ages to come. That through a tree’s long and extended life, in particular the beginning of the second passage ‘Touching the surface and the depth of things’, they will learn and internalize everything they can reach their roots towards. With that knowledge supporting their trunk, they won’t ever falter and they’ll endure and enjoy all things that come their way and never fall.

The non-fiction passage above made me chuckle at the absurdity of it all which a tinge sense of animosity that people could really go that far. The fictional poem inspired me with it’s imagery and depictions of tenacity. If I were to think about the changes of a century ago, a tree would sit rooted in the forefront of my mind.

Which book would you choose? No matter your choice, understand that these books are not binaries, but instead, a spectrum that is absolutely critical to our daily lives.

They represent the real vs the ideal.

Both are fundamental parts of the human condition. 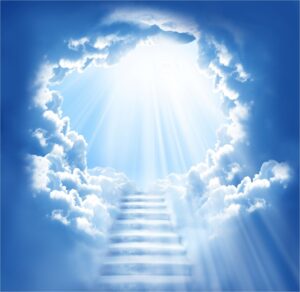 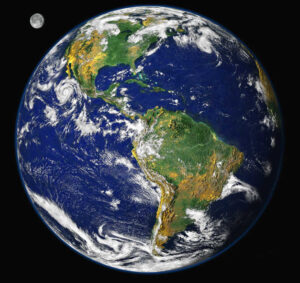 Lacking either one would mean that a person completely loses perspective.

A complete realist is a robot who doesn’t strive for something greater, who will keep the status quo and never turn the world into something more.

A complete idealist is a blind lunatic who can’t see the world for what is it, only spouting ideals and never the means to achieve them.

Everyone is a mix of the two, with their perspectives leaning one way or the other. And as such, it’s important to take a step back and reevaluate where you stand.

The best answer to my earlier question is to read both books, well, if you have the time.