Luis Valdez: The Father of Chicano American Theatre and Film 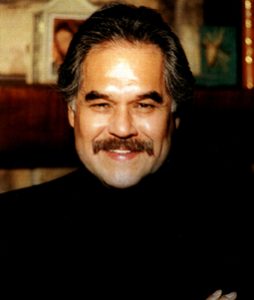 Luis Valdez is an American playwright, actor, writer and film director. He was born in Delano, California in 1940. Although he was born in America, he was raised with Mexican traditions due to his parents being of Mexican descent. They migrated from Mexico and became farm workers in the states. His childhood primarily involved moving from harvest to harvest until he and his family settled in San Jose, California.

Valdez had always been active in theatre since he was a young boy. In grade school he was always involved in the arts. He used to organize plays and puppet shows in his schools and in his garage at home. While in high school, he was a part of the Speech and Drama department and acted in numerous plays. By the time he attended college, in San Jose University, he was so inspired and prepared that there he started to write his own full length plays such as The Theft and The Shrunken Head of Pancho Villa.

After graduating college, he used his techniques from joining a mime troupe to apply them to what he really was aiming for, a Mexican American Theatre Troupe. By using his skills of agitprop theatre and commedia dell’arte, he started a theatre union called El Teatro Campesino with Cesar Chavez.

After creating El Teatro Campesino, Luis Valdez later started to become recognized as the Pioneer of Chicano Art and Theatre. Through his troupe and message of Chicano Americans throughout the country, he started a movement that made him receive acknowledgements all over America. 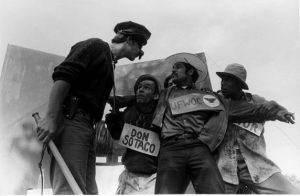 Luis Valdez did not just zone in on Mexican American theatre, but highlighted the very real struggles Chicano people had every day as human beings.  Through theatre and art, he was able to reach out to a vast audience in order to reinforce that discrimination, racism, and war were very real in our country. 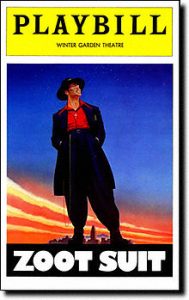 Luis Valdez later on had more successes. Such as being the first Chicano director to produce a successful play written named Zoot Suit in 1979, that later became a movie in 1981. Valdez also directed and produced the movie La Bamba that came out in 1987 that made him known for becoming a mainstream artist.

Valdez went on the have many triumphs and achievement with other plays, teachings at universities, and awards that follow. He is still active today in as an artist and as an activist for the Chicano community.

Luis Valdez: An Inside Scoop on His Perspective