What’s a commute without 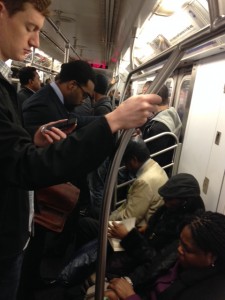 rush hour in New York City? Between the hours of 6am and 9am hundreds of New Yorkers fill the buses and subways heading to Various destinations.

Farouk Braimah, is a sophomore at The College of Staten Island (http://www.csi.cuny.edu/). He commutes from Brooklyn to the Staten Island campus each day by train and then the Staten Island Ferry. He expresses, “Morning rush hour affects my commute because it forces me to leave earlier. I leave my house 2hours before my class time allowing me to arrive 30 minutes earlier to campus.” 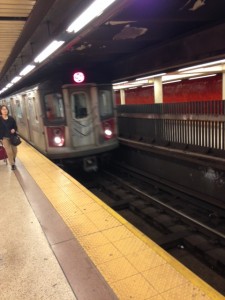 Terell Roper is a movement science major at York College (https://www.york.cuny.edu/). He commutes everyday to the campus located in Jamaica, Queens. He describes his experience as being easy as  the rush hour is no longer a factor in his commute. “Commuter congestion rarely affects my trip to school these days. After previous experiences, I’ve learned to schedule my classes during the afternoons and evenings.”

This entry was posted in Q&A's, Tips and Guidelines and tagged crowded, nyc, rush hour, subway. Bookmark the permalink.