A web series is a shorter and cheaper alternative to television and film that numbers in the thousands and can all be seen on the internet, according to Mike Hale in his NYTimes blog post “Watchlist:A New Look at Web Video.”

Hale, who is paid to “spend his days sitting on a couch,” has taken it upon himself to watch every web series recommended to him and post a review of those he deems worthy for his readers. 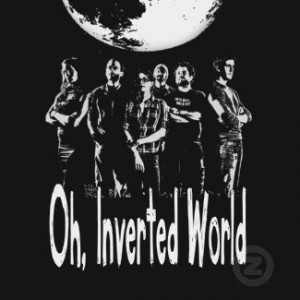 Two notable series he mentions in his post “Mishaps in Politicking, Single-Parenthood and Finding a Partner,” are “Oh, Inverted World” done by an independent filmmaker and Lifetime’s “Suite 7”.

“Oh, Inverted World” is a series “about your mid twenties and the moon falling into earth,” according their web page. None of the actors are established and the setting is the filmmaker Terrence Krey’s hometown of Amytyville, New York. The shooting is done entirely on location and is shot with what seems like nothing more than a camera and a ludicrous fake beard. As if the beard wasn’t bad enough, the acting is also laughter inducing.

“It seems like they aren’t even trying,” said Ashley Lofters after viewing the first and last episodes.

The plot, which is only revealed after the final scene in the basement, is also unbelievably unrealistic; the moon is going to fall on the earth.

“None of this makes sense,” added Lofters.

“Suite 7,” by contrast looks stylized when compared to the “Oh, Invented World” series. The lighted is moody when necessary and Shannon Doherty’s acting is emotional and believable. The soundtrack’s production value is also much more fitting than the single electric guitar used to create tension in Krey’s series.

“Suite 7,” however does not possess the most attractive quality that “Oh, Invented World” has, a direct link to their intended audience of twenty somethings.