Series Online – What Works On The Web? 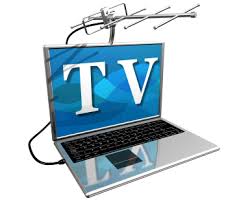 TV or Computer - Is there a difference?

Slowly but surely everything is moving over to the Internet, even television-like series. This new kind of Web series could be described as a mix of  amateur YouTube videos and high-budget TV series, varying both in quality and context. Mike Hale, a blogger for New York Times raised the question of which is preferable, the “pretty looking” series backed up by sponsors, or the indie version series that could be made by anyone with a camera. I decided to take look and decide for myself.

The first Web series I came across was a black & white production called “Oh, Inverted World.” This series literally screamed “indie” with its unprofessional actors, “hip” language with words like “douche” and a sense of humor directly pointing to a young audience. The concept could best be described as an indie version of a teen-movie (American Pie, Never Been Kissed, etc). Personally I enjoyed this, but I have to point out that “Oh, Inverted World” and series alike are definitely made for the Internet, falling more into the YouTube category of “make-your-own-and-share” videos. If broadcasted on TV, I doubt this production would be able to compete with the “real stuff” a.k.a. the sleek, high-definition  series.

The second series I took a look at was the total opposite of the black & white “Indie-kick.”  “Suite 7,” a selection of clean-looking short films with a professional cast, reminded me of any other show I saw on TV. Although the concept is something that almost everyone can relate to, and even willingly watch, it was nothing new or groundbreaking – a confused man attempts to comfort a sad and emotional woman.  As a Web series I can’t say that this worked so well for me, as it just felt like zapping through your basic TV channels. A fellow student of mine, Lisa Gomez, agreed that the concept lacked originality: “It felt over-dramatic…quite phony to be honest!”

In the end, it’s all a matter of taste. And now with the internet, why even have to choose?