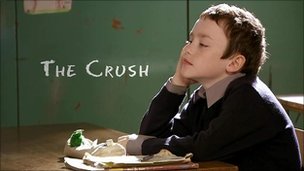 As editor for the Weissman Center, Lisa received her Bachelor of Arts in Journalism and Creative Writing from Baruch College in June 2011. She co-founded the school's sole creative writing club, Writers' Society in 2010. When not working on the blog, Lisa explores interest in local reporting. She has interned at Bronxnet, the New York Daily News, and the L Magazine.
View all posts by Lisa →
This entry was posted in Oscar Shorts and tagged The Crush, The REEL World. Bookmark the permalink.

1 Response to Crushing on The Crush