Who Needs Connections When You Have Ambition, Passion, and the Internet

Pursuing a career in a highly competitive field such as filmmaking may seem strenuous, demanding, and overall impossible, especially with an absence of connections, right? Well think again, with a “make it happen” attitude and a never-ending drive to succeed anything is possible, just ask up and coming filmmaker Ryan Dunlap.

“I kept making things. It feels impossible from time to time but you take it one step at a time” said the award-winning director. 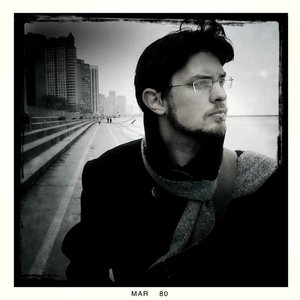 Dunlap was introduced to film at the age of nineteen when he assisted his friend edit a short film, sparking Dunlap’s passion. He then borrowed his father’s camcorder and put his filmmaking skills to the test.

“Looking back, the process was probably much more fun than the finished result. After that, I invested in a better camera and started writing more serious material and began to seriously study films,” said Dunlap.

He continued his new found passion at the University of Tulsa where he minored in film. Aside from formal training, Dunlap based his teaching methods on a “do it yourself” effort, teaching himself how to edit, film, direct, and more. 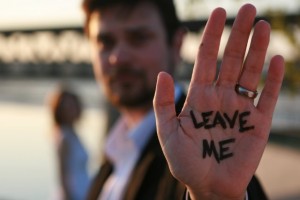 According to Vimeo.com, Dunlap’s success did not arise until 2009, when his three-minute short film Leave Me won the 2009 Christian Filmmakers 36 hour Contest. In Dunlap’s emotional and inspiring short film Leave Me, he illustrates a man’s struggle to cope with his wife’s death by adding a unique twist that helps him find relief through his wife’s camera.

“When Leave Me came out, I would get notes, comments, and e-mails telling me how they had recently lost their father and the film helped them heal. Or they were going to take their lunch break to go buy their wife flowers. It caused me to realize I had a new responsibility to the viewer. If I could introduce more love into their lives, then I needed to do that instead of leaving them with something that would leave them depressed or not affected at all” said Dunlap.

Dunlap returned to the Christian Filmmaker 36 hour contest in 2010 where he won first place again for his short film 12:01, a story about a young boy’s reaction when discovering his time is running out.

According to judge Wes Llewellyn from christianfilmmakers.org, “You have clearly mastered many of the skills needed to tell great stories and need to move up to the next level of production. I’d like to see what you would do with a descent budget and more time. This short represents a story with a lot of depth that could easily turn into an incredible feature. If I were you, I’d give thought to moving in that direction.”

A main contributor to Dunlap’s success over the years is his use of the Internet where he is able to display his short films and communicate with his supportive fans. Websites such as YouTube, Twitter, Facebook, and various blogs have helped people become aware of Dunlap’s work. According to YouTube.com, Dunlap has 467 subscribers and an outstanding 87,855 views for Leave me and 9,090 views for 12:01.

Kelly Foronda, a Film Major at the College of Staten Island, was inspired to pursue her passion for film after discovering Dunlap’s short films on YouTube.com. “His uplifting stories captivates the mind while capturing each character’s precise emotion. His skill for filmmaking is something I hope to acquire one day.”

Dunlap is now in post-production of his first feature film Greyscale. In this film, he portrays the themes of love and death by adding elements of murder and mystery, taking a different approach while staying true to his roots.

Due to the praise received for both Leave me and Greyscale, Dunlap is now employed at Brightbulb Entertainment, a film company where he has just completed his first documentary, Export.

Has Dunlap had his big break yet? “Yes and no,” he says.

“I’ve not been offered budgets in the millions of dollars to direct projects with, but it’s all a process and I’ve definitely had a few great breaks because of hard work on prior projects. I’m excited to see where things go.”