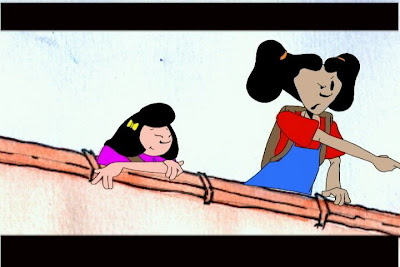 Thank God it’s Friday. On Friday, March 4th, this statement floated in my mind and most likely was acknowledged by every other commuter on the 4 Train that morning. Riding the subway car at 7:55 am is a common activity for residents of New York; including a few other comings and goings such as high-pitched music blasted, rude and immature children carrying large backpacks and loud-mouths to match, overcrowded subway cars and homeless natives begging for rider’s attention and money. Except, on that morning’s trip, many commuters got a taste of something original and uncommon; a loud, personal yet persuasive pitch delivered by Mr. Mark Stansberry, an independent short-film maker.

As commuters on the train received his direct and enthusiastic speech; it was clear that his sale approach was both personable and effective. Consistently, he promotes his work by selling DVD copies on the subway for a dollar with the aim of raising money that will fund his upcoming feature short-films. Additionally, Stansberry views his promotion method as an extra benefit, “It will attract more people who will become conscious of local filmmakers in the city and hopefully they will share with others about my work”. Surprisingly, despite a few flaws contributed by many distressed panhandlers the subway cars have proved to be a great platform that provides people with samples of works made by small-time artists/filmmakers. 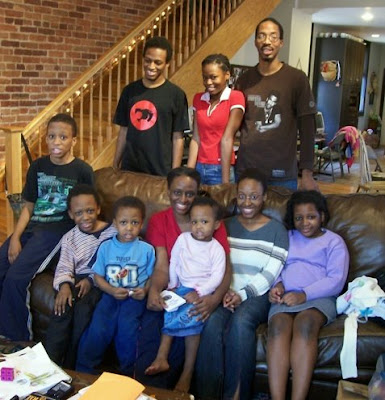 Stansberry is a working artist, film-maker and father of eight children. He currently resides in Brooklyn, where he manages his studio, Screen Arts Animation, which has provided him the necessary workspace and platform to create original short-film animations. With over 15 years of experience in the animation and film production industry, he has faced many career challenges and financial difficulties. With determination, he has completely invested time and money to finance his dream. As a self-taught artist, Stansberry took his passion for animations and transferred it into acquiring skills for creating short-films.

In 1994, he went to work and created an original short-film animation series starring the unique leading character “Puddin”, inspired by the imagination and personality of his four girls. With a staff of three inclusive of his oldest daughter and son, he dutifully creates free-style, sketches which are transformed into live short-film animations. Today, many children are discouraged and influenced to pursue careers that will support them financially. Unfortunately, the result following is countless, scattered inventive dreams of being a fireman, baseball player, ballerina, singer, etc. Initially, his interest in film began during his childhood after viewing the time-honored, Disney movie, “Sleeping Beauty”.

Stansberry held onto his childhood dreams and aspirations; he has remained passionate about films. He says, “If you love it, no matter what you have to take the risk”. Currently, his inspiration is derived from the perseverance of legendary Walt Disney and raw talent from well-known filmmaker Hayao Miyazaki. He has always admired their mutual hard-work ethic, motivation and passion for making films. “Both men are relatable and inspiring; they are masters at creating true storylines that captivate audiences,” said Stansberry.

In regards to being an independent film-maker, Stansberry validates that there are positive and rewarding aspects of being your own boss; with a small staff unit and a successful creative outlet, it provides a wholesome production process for his work. Truly, within the city that never sleeps and the millions of residents flowing in and out of the boroughs; there needs to be a highlight of the collective talent and creativity that resides in Brooklyn. He says, “Brooklyn is affordable; its places that artist search for that will provide a platform for work”.  Despite the current economy, Stansberry continues to strive and work towards his dream of creating more sensational, family-friendly short-film animations.

He is a true representation of the rewarding act of doing what you love instead of following the norm of the regular nine to five job. Stansberry believes that people should hold on the one thing their passionate about and stick with it. When asked about the advice he would give to college students and folks in general who are stuck and unhappy with their jobs, he said, “You should always do what makes you happy. “Yes, it has been a lot of years struggling but in the end it’s really worth it!”.