I’ll Eat to That

Do you want to eat at an affordable price, in New York? Is it after midnight? Have you been drinking? If so, now, get the best of the late world with Kennedy Fried Chicken, the overlooked-place-to-eat-after-partying sensation that fits every budget perfectly. No need for a special TV offer, you can now get a ton of Kennedy for under $9.95. Order a piece of chicken breast right now and as a bonus, they will give you a dinner roll, absolutely free! 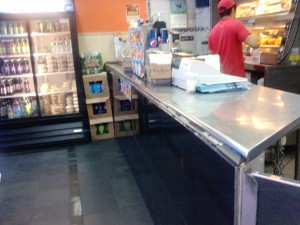 Who can turn such a place down, when inebriated? In all likelihood, most will not. With over 35 locations in New York, 30 of them in the Bronx, convenience is provided, which is essential for weekend partygoers that do not own a car; by and large, they do not want to walk after a night of carousing because either they are tired, cannot walk or forgot how to. Into the bargain, hot dog and falafel stands are nice, but, after the second weekend of being out and about, they get old. Their biggest flaw is that it is more or less impossible to remember where they are located at 3 a.m. One does not even have to think about where a Kennedy will be; chances are they will just run into one. In addition, Kennedy has tables and seats. As a tip to those who do not go out much and as a reminder to those who have not in a long time, after a night out, sitting while eating is a blessing; eating as you walk can make you vomit, which is, ten to one, why your friends made sure their cell was charged so they could record and broadcast the footage of you spewing up.

Apart from convenience, the affordability is important as well. One can spend around $200 on an average night out. It is not out of this world to spend $20-60 on cabs because of distance or one’s hatred of trains. Be that as it may, for dudes, in the bar/club/lounge is where the real damage is going to be done; from buying drinks for girls that say “yes” to your offer of a drink but “no” to your request of their phone number to drinks for yourself and/or your friend who ran out of money, the munchies that hits one while exiting has to be satisfied at a low price. Kennedy fulfills that. 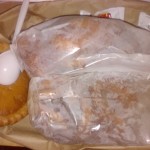 During my rigorous investigation this past Saturday, I ordered three pieces of chicken breast, onion rings and a small sweet potato pie, and it cost me less than nine bucks. What can beat that? Nothing. In fact, my friends and me were in Popeyes; it had the three-piece chicken combo for $7.09 before tax, and two of the pieces were flimsy drumstick and a flimsier wing. I left and went to the Kennedy on the same street, got my order, made sure they put my free dinner rolls in the bag and ate with pleasure till I dropped one of my rolls on the floor; that vexed me. 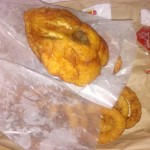 This entry was posted in Food, Food Rant / love song. Bookmark the permalink.