“Can we eat outside?” were the first words out of my mouth as soon as I encountered the hostess at Blue Smoke, that unseasonably warm Friday afternoon. It was near 70 degrees, and I couldn’t even fathom stuffing my face with barbecue food let alone having to do it inside the dimly lit restaurant. “I’m sorry, but the outside dining area is only open after five thirty,” the hostess explained. Of course it is, I thought. 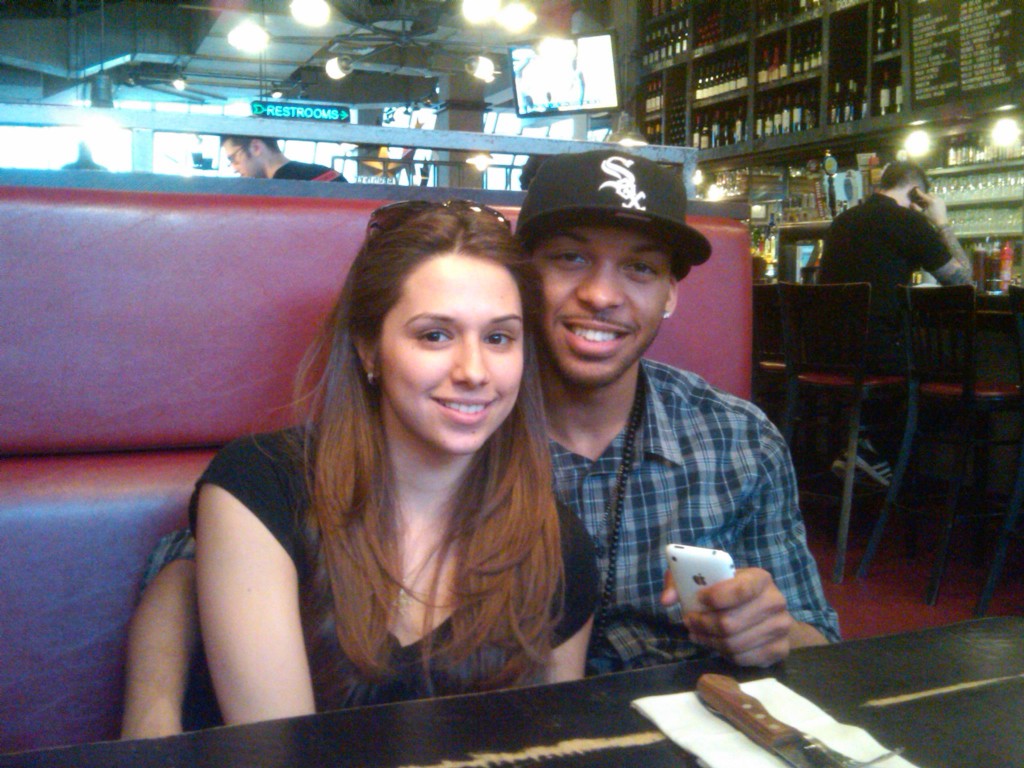 Joe and I ready to eat! 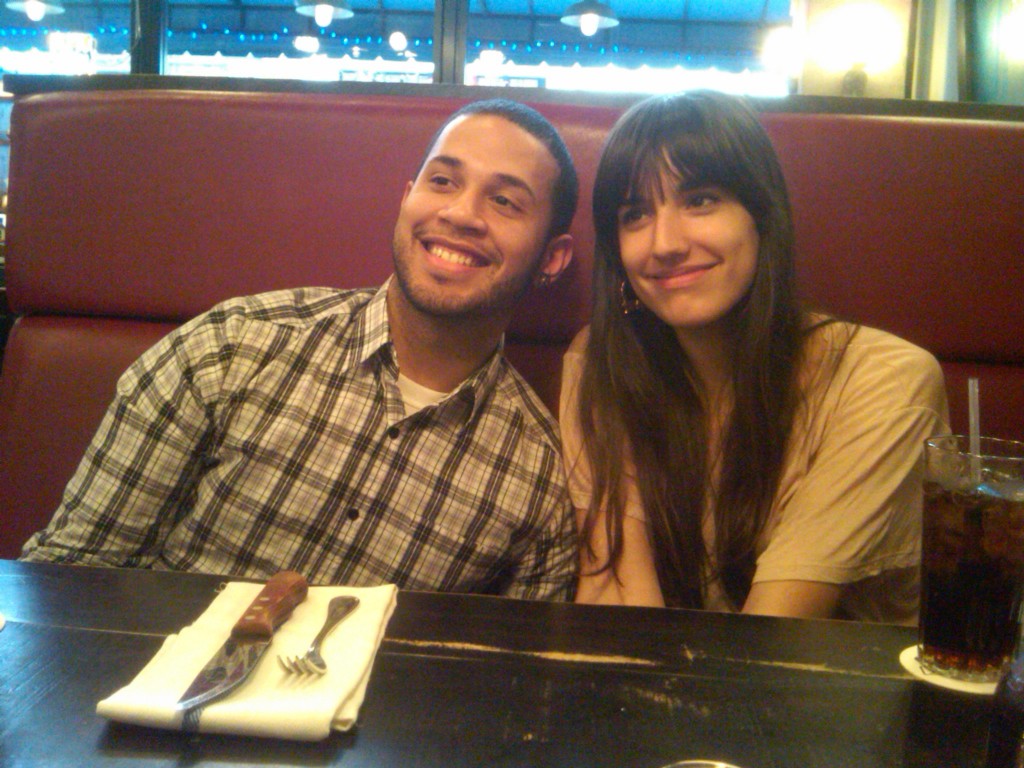 Chris and Laura posing before the meal

The hostess led my group and I to a spacious booth with a great view of the outdoors, where we would not be dining. The restaurant was dimly lit, with a large bar running from the front door all the way to the back of the restaurant, where a couple early drinkers were already mingling. The bar was lined with bottles of wine all the way to the ceiling, despite the generous amounts of taps lining the wooden bar top. The waitress was very knowledgeable in helping us select beers to go with our meals, although our underage group member (who shall remain nameless) stuck to a soda. 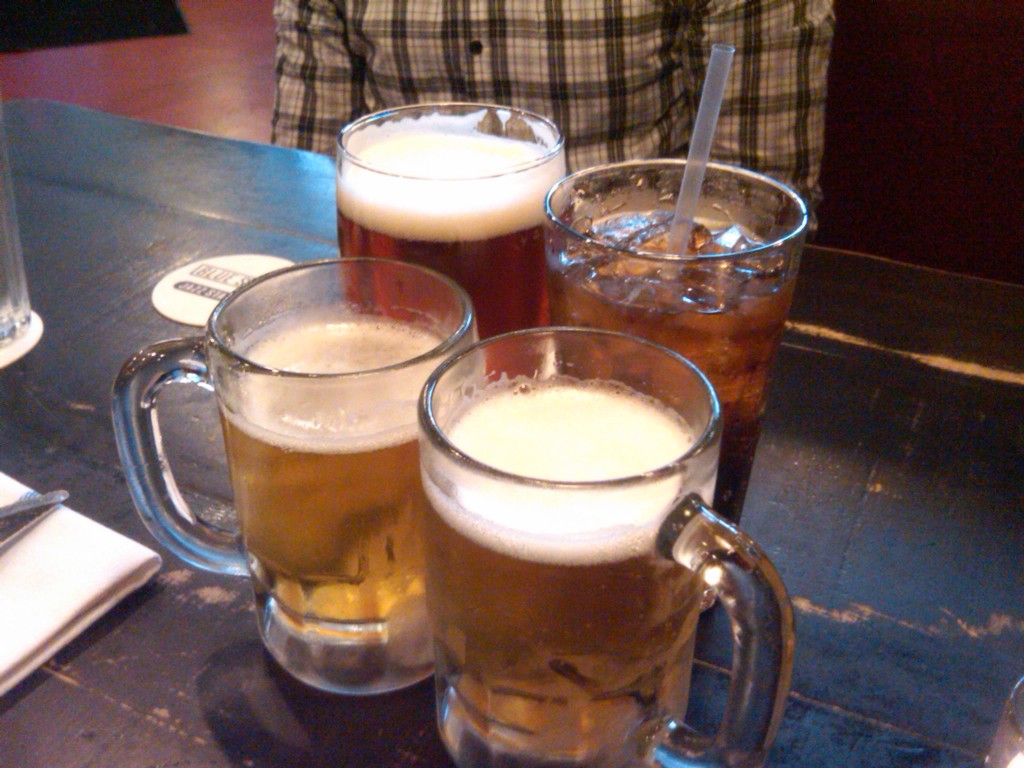 Since Blue Smoke is a barbecue spot, (verified by the huge neon BARBECUE sign posted out front) I decided to be traditional and order the baby back ribs, which the waitress raved about. Now, I can’t vouch for my barbecue tasting skills, but when I took my first bite of those delicious looking hunks of meat, I was sorely disappointed. I had to stop mid-chew and decipher what in fact I was feeling. The ribs were dry and pretty tasteless, especially for a restaurant that boasted to have the best barbecue in New York City! Not quite.

I made sure all my group members tried to ribs to make sure I wasn’t just having an off day with my taste buds, but they all agreed with me. The ribs were a disappointment. I ended up letting Joe finish them up, which he gladly did, after slathering them in a baptism of barbecue sauce. 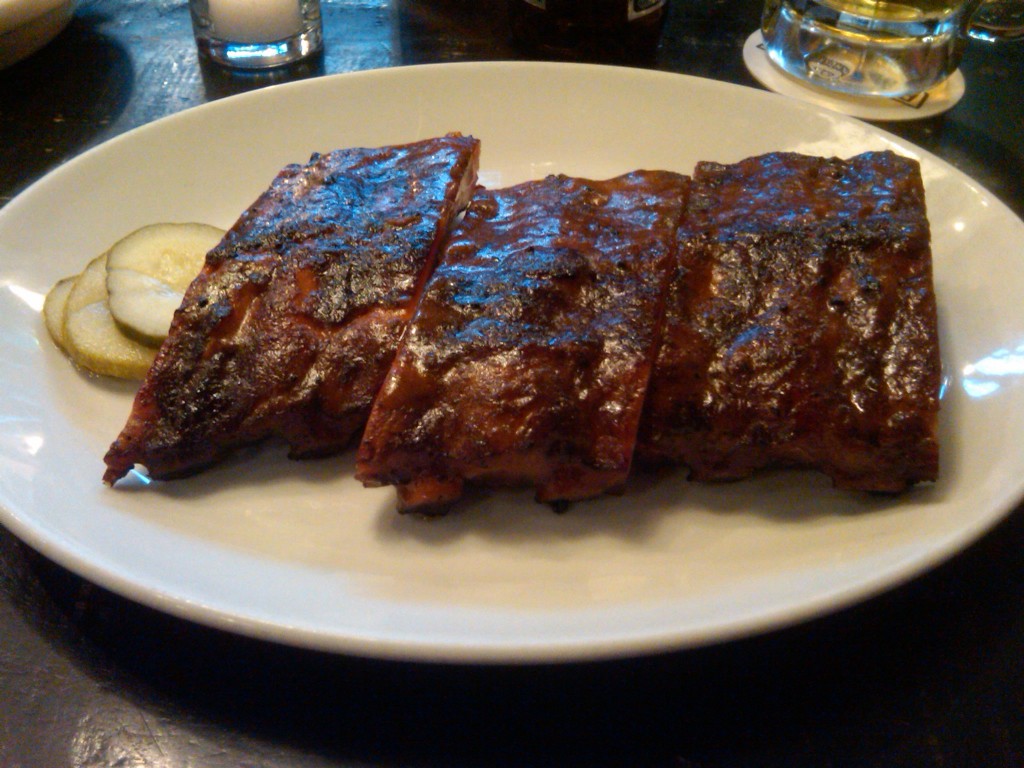 don't be deceived.. NOT as good as it looks.

There is one redeeming factor in any movie with a sucky lead: a great supporting cast. And I definitely picked the best supporting cast! The baked macaroni and cheese was the best food on the table by far. I swear when I had my first taste, I almost cried in happiness. Finally, I wanted to scream, someone has done macaroni and cheese justice! There was no wateriness, it wasn’t too crunchy, it was absolute perfection. Heaven smothered in cheese. 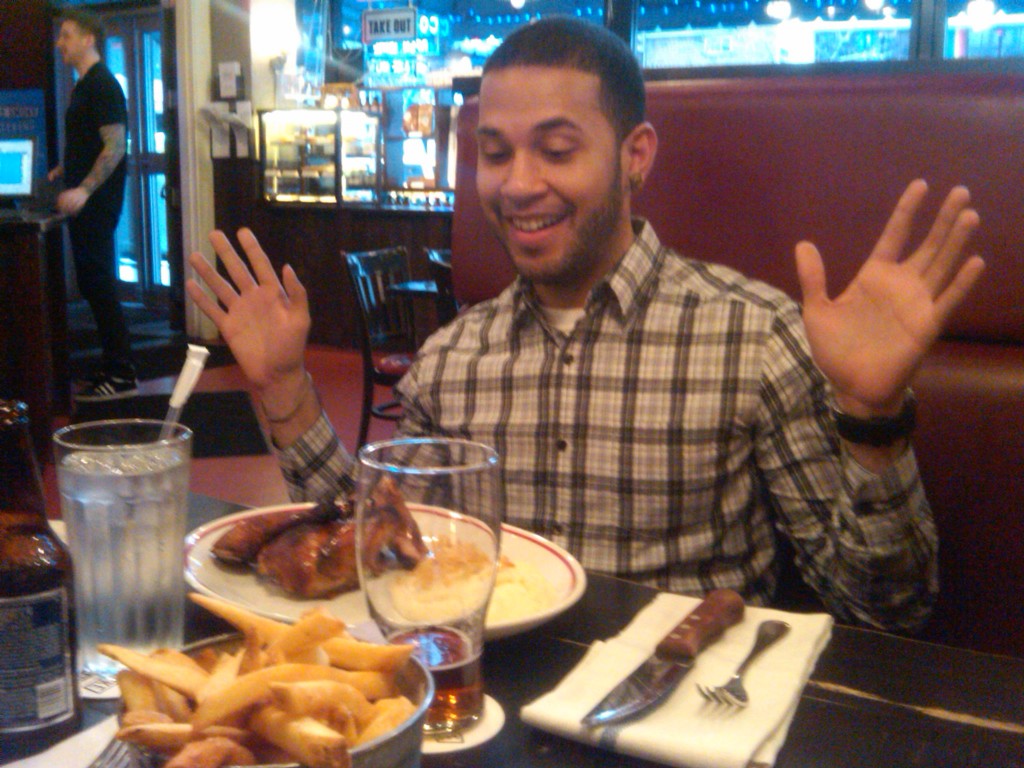 really excited about the food!

What’s a good meal without an even more amazing dessert? Luckily at Blue Smoke they have an amazing dessert platter, which allows you to sample their apple fritters, sticky toffee pudding, chocolate layer cake, and their key lime pie. I was mostly indifferent about most of these desserts; I’ve seen them done before, and usually better. The apple fritters however, was amazing. it was topped with a cinnamon ice cream and was just the right balance or tart and sweet to top off the beginning of my impending food coma. 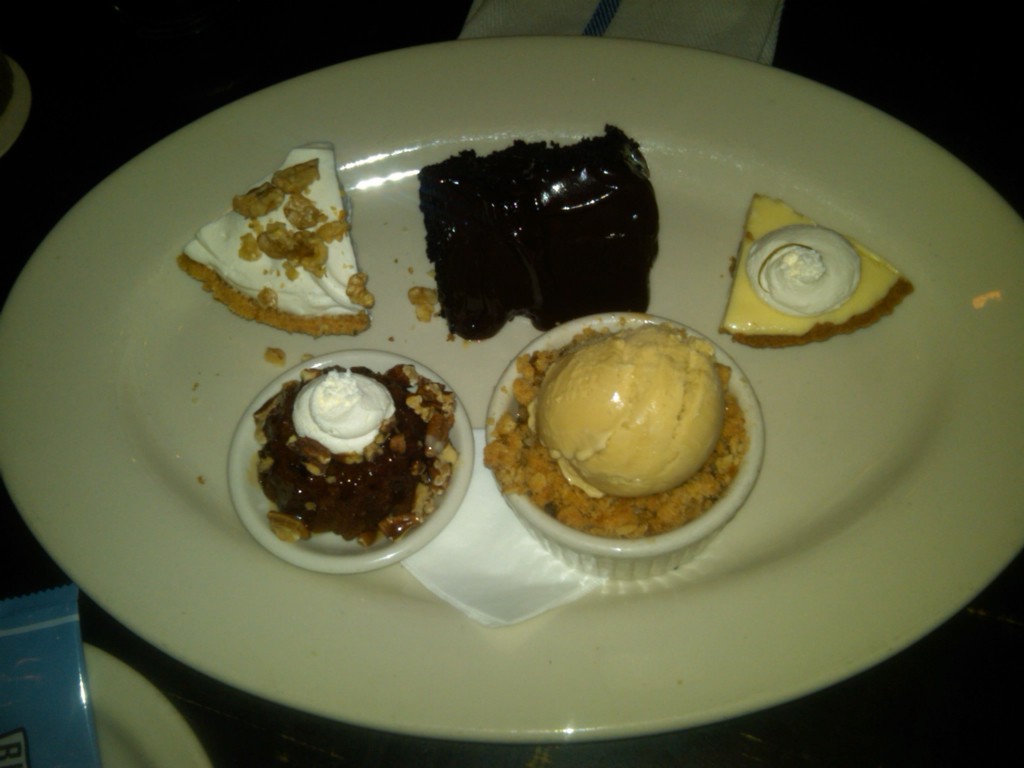 Blue Smoke may boast the best “barbecue” in New York City, but if you ask me they should stick to sides, dessert, and drinks and leave the grilling to someone else.