Rising from the underground but staying true to the people that sent you there.

A few weeks ago, on a brisk Monday evening, young adults–anywhere from the ages of 16 to 25– gathered up in the small clothing store Prohibit NYC. It got so crowded to the point where I had to stand on a chair, which would end up being abnormally convenient. After about an hour and a half of waiting, in walks Dom Kennedy, the underground rapper who will very soon be joining the company of famous rappers such as J.Cole, Big Krit, Kanye West, and more.  After giving his motivation speech and a little background on himself, he came around and personally met every person in the audience, keeping a smile on his face the entire time. It was a beautiful thing. 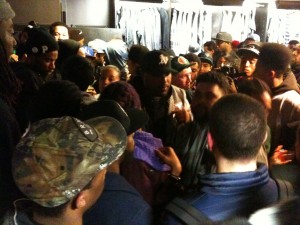 Everyone attempting to meet Kennedy. Which they did.

There is something about an underground artist that I love. Don’t get me wrong, mainstream artists cannot help their amount of fame, and I have love for them too. But, when you are able to go see an underground artist, one you feel is on the brink of stardom, you feel a certain rush. And many underground artists, especially underground rappers I’ve found, will talk to you no matter the occasion, even giving you a motivation speech on how you can reach your potential.

The ability for an artist not to forget the people that allowed them to reach stardom is inspiring. 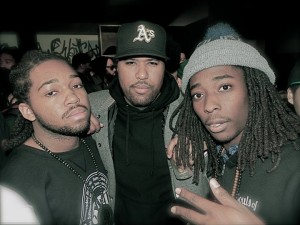 Two friends that were with me at the Dom Kennedy event, who happen to want to be rappers, got to not only shake his hand and take a picture with him, but actually talk to him and his producer on how to make it in this industry.

So, for all the underground artists that are getting that “big break,” don’t forget the little people who always knew you. Because when you recognize we were there, it’s a beautiful thing.

1 Response to Rising from the underground but staying true to the people that sent you there.