Highlights of “A Great Big Pile Of Leaves”

I really love music and whenever possible, I will be listening to music. However, it is rare for me to go to concerts. I used to go frequently when I was younger, but as I grew older, more responsibilities came my way and there was barely any time to go. Having to attend a concert in an effort to covered a band was an awesome opportunity to relive th past years and get back in tune with the concert scene, which is not only about the artists and the music, but also about the environment and the fans. 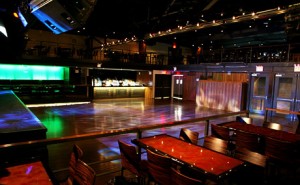 I recently attended a concert at the Highline Ballroom Located at 431 W 16th St. I had never been there before, but it is a nice looking place with lots of room. When we arrived, the place was empty for the most part but more people kept coming in as the night moved along. The dowm side of such a place is that drinks are expensive and we could not have access to a table unled we paid $10 per person.

The band my group and I decided to covered was called “A Great Big Pile of Leaves”, a band from Brooklyn, NY who decided to mix genres such as indie, jazz and rock in an effort to be creative and unique. Was their goal accomplished? It is fair to say that their music can be somewhat mellow, but it is not great either.

While they were playing, I had to try to focus on their songs, on their music. The 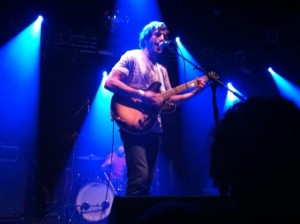 enviroment and my surroundings kept me away from what I was there to do. I was more interested in the look of the place, the lighting and the people singing the songs.  I had never heard of this band before and now that I have, I would probably not follow them because, while their music is not too bad, is not music I would enjoy listening while I do my homework, chores or even to dance to in a club. Their music just does not meet the criteria I like when it comes to music.

I did not have a terrible time either. Being there with my group made the experience much more enjoyable and exciting. It had been a while since I had been at a concert, and even though it was a band I had not heard of before, just being there doing something outside of my routine was good enough for me.