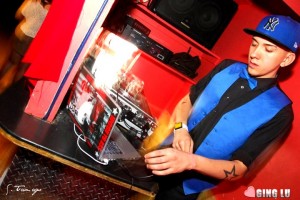 This past school year at Baruch College, one student’s musical presence was felt throughout the vertical campus, one club event and dirty dutch mix at a time.

Wearing an eyebrow ring and his typical DJ getup — a button up-shirt with rolled-up sleeves and a bright vest with a matching bow tie and Yankees hat —SANiTY attentively hovers over his booth as his mixes resonate in the air.

Although he’s paid for these gigs, SANiTY’s main compensation is seeing partygoers get caught up in the music like he does.

“Music has that power to affect emotions, to move bodies in unison, to possess no boundaries in terms of race gender [or] anything else,” he said. “Music is a universal language. That’s what I love about it.”

To think it was only a year and a half ago when he met his first Baruch gig, the Purple Hearts Party, with success and since then, went on to DJ roughly 30 parties on campus.

He has DJ-ed at off-campus venues including Club Remix, Sultanas, Studio 34, Sapphire, Public House, Webster Hall and others.

You’ll never catch him interrupting songs to give shout outs, excessively scratching or switching songs too quickly, because he indulges in the sound of the pure mix.

Dirty dutch house, also known as electro house or bleep house, is his favorite music to mix and he hopes to be the next Afrojack, who is considered one of the best electro house DJs.

If you’ve attended any of Baruch’s biggest parties this year, whether it was the Freak Fest, the Masquerade Ball, or the Cinco de Mayo fiesta, you probably witnessed SANiTY’s uncanny ability to make the multi-purpose room feel like a club at full-throttle. 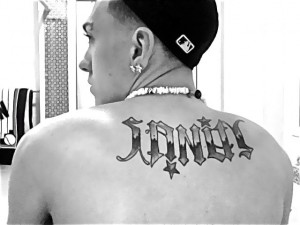 You might assume his skills have something to do with his stage name, but that’s not the case, he explains.

The meaning behind ‘SANiTY’, which is tattooed on his upper back as an ambigram, combines music’s impact on his life and his admiration for his favorite basketball player Vince Carter, whose nickname is “Vince Sanity – half man, half amazing.”

“No matter what was happening in my life, music always kept me sane. Like I said, its the soundtrack to my life […] music is my sanity,” he said.

He believes he has something to prove like Carter, who became an underdog after not meeting expectations of becoming the next Michael Jordan.

With dreams of working his way to the top as an A&R executive (talent scout) at a top record label, SANiTY has kept his plate full preparing for that endeavor making music a part of his academic and business affairs.

He has interned at Atlantic Records doing digital media and marketing for the likes of Jay Z, T.I., Metallica, Trey Songz, Kid Rock and others.

This past semester he served as the president of the New York Music Industry Association, a Baruch club whose purpose is to help students find their niche within the music industry.

Despite his hectic schedule, he maintains “DJ SANiTY’s Top Five Tracks of the Week”, his weekly prediction of the next music hits. 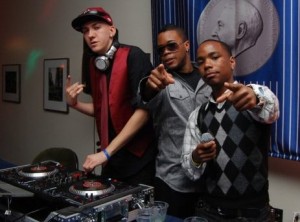 Photo by Carl Curwen of Party With Baruch. From left to right: SANiTY and his best friends John Hardy and Matthew Commodore, who are also aspiring artists.

Graduating in June with a bachelor’s in Management of Musical Enterprises, he has a busy summer ahead of him before he starts NYU’s graduate program for Music Business.

This summer he will drop his first mixtape S.O.S — Summer of SANiTY, which will feature his first house production called “Don’t Break,” which features fellow Baruchian, Ariana Solis, on the vocal.

The song is an effectively electrifying medley of techno bases, sounding like a heart beating simultaneously with clapping. It makes several transitions into snare drums, sounding like metal trash cans being pounded on, light and whimsical dream-state trance beats and early ’90s freestyle rhythms.

He’s as excited about its release as he is for the upcoming Baruch Bash, his last gig as a Baruch student. On May 27, seniors will be having an epic night, but for SANiTY it will be bittersweet, considering his soon-to-be departure from where it all began.

“This is how DJ SANiTY became DJ SANiTY. It’s all because of the Baruch students,” he said. “If it weren’t for the Baruch Community, I wouldn’t be where I am today.