Wishing for a Change of Pace

Many movie-goers today are cynical, pessimistic; constantly seeking the destruction of metropolises and hopeless hearts being broken. We do, however, still need the occasional light-hearted take on an unfortunate situation. Director Ian Barnes and writer Tom Bidwell brought this to fruition in Wish 143, a short film focusing on a terminally ill teenager’s wish to lose his virginity before it is too late, and my personal favorite short of the Oscar nominees.

While there is an obvious air of gloom and doom because of the setting, the pediatrics ward of a hospital, and the main character’s situation, a downhill battle with cancer, the filmmakers took a more whimsical approach to presenting his plight, and created a fabulously believable mindset of a teenage boy approaching the end of his life. The muted colors and dim lighting reminds viewers of the seriousness of the situation, but the dialog, mostly the unconventional quips of the lead, David, keeps it from dipping too low into morbidity. 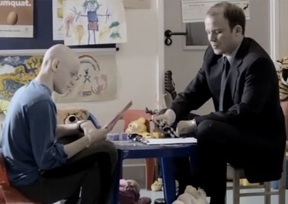 When approached by the British equivalent of the Make a Wish Foundation, David matter-of-factly writes down that he wishes to lose his virginity, to the distress of the wish-giver. The mix of sex-talk, the sinking realization of David’s pending fate, and the setting of a kiddie table in the pediatrics ward play room makes for a scene too awkward for words and perfect for some uncomfortable laughs.

As the film goes on, we see that David’s wish is fueled by more than just raging teenage hormones, but the desire to become a man before it’s too late, and to have the chance to really be close to a woman. 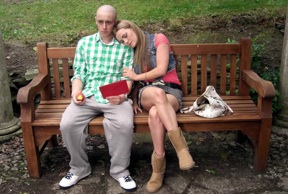 The desperation sets off a tragic stream of events sprinkled with humor to keep the tears at bay. His unlikely accomplice in fulfilling his wish, Father Carter, works tirelessly to counter David’s irrational plans to make his wish come true, and eventually puts aside his beliefs and sets up a safe and secure way for David to reach his goal.

Not surprisingly, David reacts with fear and uncertainty when faced with the opportunity to fulfill his wish. Rather than acting out the moment of passion he’s had in his head for years, he is hit with the realization of all circumstances leading to this point, and curls up in the arms of the call girl, desperate for comfort. This heart-wrenching scene is not broken with humor, for good reason. It made for an extremely real, raw show of emotions and a believable response on all characters’ parts. 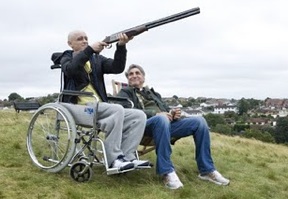 The end of the twenty-four-minute emotional rollercoaster brings us back from the brink of depression with David’s positive attitude, and the comforting presence of Father Carter. Some banter about their shortcomings over a light-hearted session of skeet shooting is an uneasy reminder that all is not well and things have not gone the way David wished, but leaves us with a feeling that he has found some kind of inner peace in realizing that he can’t control his fate or force himself to mature at a certain pace.

Wish 143 was on the verge of heartbreaking, but managed to keep the pieces together with some much-needed laughter. It didn’t seem forced, though. The mood followed David’s journey accurately; airy and awkward at first, sad and uneasy through his trials, and finally relieving and light again as David accepted his circumstance.