Arnold drops us in the midst of a town council estate (read, the equivalent of public housing in the US). Her protagonist is a young slip of (an unwed?) woman  with four children on public assistance. She’s a tigress who will defend her cubs or pull a neighbor’s hair to correct a wrong done to one of daughter.

Arnold brings us into the woman’s apartment with hand drawn flowers and butterflies, which her girls drew, on the wall to pretty up a drag existence. The cupboards are bare; the bread moldy, with hardly enough ‘junk food’ to feed our ‘heroine’s’ brood. A wasp hugs the kitchen’s window. She opens the it, thereby freeing from its unnatural setting. It struck me as a metaphor of  the woman’s claustrophobic existence.

She longs for a momentary release, it seems to me, and it comes with her meeting again with an old flame Dave who asks her out.

She lies to him about her children who she brings to the bar where she’s hooking up with Dave. She leaves them outside to play, while she goes inside to meet her date.

Zoom to the denouement, Dave brings her to his auto. The two go in for heavy petting after he expresses more than desire for her. In the meantime the wasp reappears and goes into her baby boy’s mouth. The children hiding in the parking lot scream for their mum. In sum, the game’s up, Dave discovers she has four children, but in the end doesn’t seem fazed by that since he will have a serious chat, meaning the two will end up together in her council flat. And so the wasp opens up a path to a new life for everyone. 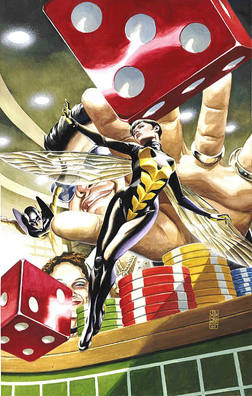