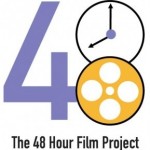 Both the experienced and neophyte film maker know that producing a film is no simple task, especially when having only two days to write a script, act, shoot, produce, edit and submit it online. Journalism majors David Ospino and Kacey Herlihy are now aware of this, after having completed their first film Paper Birds for the contest The 48 Hour Film Project.

In 2 minutes and 27 seconds, Paper Birds, produced by Fuad Chowdhury,  tells the story of a nameless girl (Herlihy) and a man named Charlie (Arthur Dudlin) who cross paths. The girl goes to the beach and later in the day meets Charlie, a volunteer who wants to save the planet and aims to persuade her to do the same.

Charlie preaches through a short and impactful song, produced by Ospino’s friend Jessica Rozario. “This is yours to keep. This is yours to hold. The gravel under your feet. Child, it is all your own.” The end-rhymed lyrics embodied the “Save the Next Generation” sub-theme, which Ospino selected from a hat during a gathering at Murphy and Gonzalez bar.

All films had to revolve around the “Go Green” motif.

“We think that 48HFP filmmakers, the boldest and most creative in the world, are the best people to draw attention to the environmental challenges the world faces,” the 48HFP’s website states of the first ever international 48 hour Go Green. 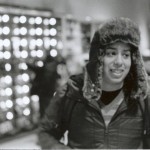 After receiving the instructions to incorporate a pen as a prop and the line “That’s not how I remember it,” Ospino was clearly stumped and knew he would have a sleepless weekend like the other over 5,000 participating film makers throughout the United States.

There was no time to dily-daly; they had to hit the ground running and have their final project submitted by 7:30 p.m. on Sunday, Feb. 20.

“The tight deadline of 48 hours puts the focus squarely on the filmmakers—emphasizing creativity and teamwork skills,” the 48HRP  website states. “While the time limit places an unusual restriction on the filmmakers, it is also liberating by putting an emphasis on ‘doing’ ‘instead of ‘talking.'” 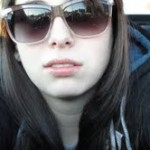 Under a ton of  “creative pressure” and with 40 hours left, Ospino gave his friend Herlihy a call. She was now on board.

They secured two willing friends — Dudlin and Ian O’Leary — to be actors. Using their Canon HG 21 and  Sony Cybershot handheld, they shot scenes at Lincoln Center, Madison Square Park, and Rockaway Beach during the ‘magic hour.’

The ‘magic hour’ is the the first hour of sunrise and the last hour before sunset, in which natural light lends itself to beautiful photography and cinematography.

“Everything had this golden hue around it,” said Ospino.  “It [was] gorgeous.”

When it came down to production, technical difficulties became time consuming, and with three hours, Ospino felt hopeless. “I already felt defeated,” Ospino said. But Herlihy encouraged him to make due with what they had.

“David really deserves the credit,” she said. “He sculpted what we had into a beautiful, thoughtful short film.”

Unfortunately, they did not submit the film on time, and although this ruined their chances of being eligible to win, their film was still screened.

The screening took place on Sunday, Feb. 26, at the Iris and B Gerald Cantor Film Center at the Tisch School of the Arts in NYU.

Family and friends watched Paper Birds end with the image of empty swings and the sun illuminating in the background. “We don’t know that the world is going to be here for the next generation if we keep destroying the earth,” Ospino said of the symbolism of the empty and bare image.

Ending on an unexpected somber note, unlike the comical films before theirs, left the audience bewildered and no one clapped. “Our film is really visual, and I think the ending gave people a moment to absorb what they had seen, something that wouldn’t [have] happened if [the] credits rolled,” Herlihy said.

“Although we missed the deadline, it still felt great to submit a finished short film,” said Herlihy. Ospino shared the same sentiments. “Just because of the amount of obstacles we faced […] just to hand something in was a feeling of elation,” he said.

Both have been inspired by the experience and are interested in participating in the next contest in June. Herlihy eventually wants to develop this hobby into a passion and Ospino is considering graduate film studies.