A sword by itself rules nothing. It only comes alive in skilled hands. 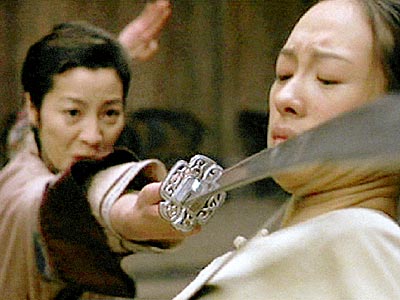 Not to be confused with the main character of the movie, Master Li Mu Bai, who is played by Yun- Fat Chow, Ling Li was not part of the cast that helped collect ten Academy Award nominations in 2001. It won four Academy Awards, which includes: Best Cinematography, Best Score, Best Art Direction, and Best Foreign Language Film.  In 2000, Li, who everyone calls Leo these days, was just a child when he saw this critically acclaimed movie.  “I just really like that movie. I guess that is when I started to love film, says Leo. Leo Li was born and raised in China. As a young adult he emigrated to the United States with the same dream and passion in film.  After going to Baruch College for a year, Leo Li transferred to Columbia University.  After contemplating an accounting career, Li decided to go study his passion.  He joins a student body that amounts to nearly thirty thousand people.  Fall enrollment in 2008-2009 was 25,459 people.  In 2008-2009, 1865 students were awarded Bachelor Degrees and 5526 students were awarded master degrees.  Only fifteen students were awarded a bachelors degree in Film Studies. There are more students who take Art History as a major. Seven more people! Even more people take statistics for a major. Who really would want to take that?  “I don’t know if I truly wanted to do a business degree. It’s always in the cards if this film thing doesn’t work out. I don’t think I would be happy if I were to do a career in finance or accounting,” says Li.  “I liked my time in Baruch, but Columbia is where I wanted to be.”

What’s the difference between Baruch and Columbia? “It’s the price obviously,” Li jokes.  “There isn’t a huge camaraderie in Columbia also. Maybe after a couple more semesters, I will be more accumulated to the film department,” he says.  Alex, a film student in Columbia and a person who is too shy to give out a last name, believes that Columbia is “very difficult.” “You can get lost in the shuffle,” Alex says.

Leo likes his classes very much. “They are interesting but challenging. I have to know the conceptual aspects of the films. One class I like particularly is Chinese Film,“ says Li.

Leo has two other film classes where he spends a couple of hours watching a film. If he manages to stay awake then he has to participate in a class discussion of what he and fellow classmates saw.  “While that sounds fun, I have to watch older movies. Some are good and others are just there,” says Li. He plans to join an alumnus that includes Lisa Cholodenko, Kathryn Bigelow, Henry Alex Rubin, and Albert Berger. They all went through the same program and achieved success in recent years.  While ‘The Kids are all Right” and “The Hurt Locker” were huge successes, Leo Li will pave his own way through the film industry. One day he is sitting in a classroom and the next day he is standing on a podium accepting an award. Li hopes to own the Green Destiny of Film.

“Without Green Destiny, you  are nothing!”