The Artist and the Listener: An Unspoken Connection

The Merriam-Webster Online Dictionary defines a singer as someone who sings which is defined as a person who produces “musical tones by means of the voice.” That same dictionary defines an artist as “one skilled or versed in learned arts.” 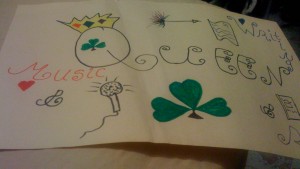 Don't you Just Love My Drawing!!! Especially The Mic!!!

I see an artist as someone who sits with their thoughts and then links them together like a chain that is made heavy not by metal, but by the emotions and time spent crafting it together. Each lyric acts as one link in the making of the chain. When the chain is complete the writer has gotten used to its weight and although it might still be somewhat heavy the person can carry it, and they carry it with pride. 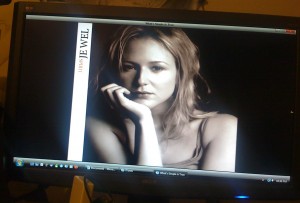 Jewel's Album 'Spirit' (1998). Taken From My Computer From My iTunes Library.

Barilles, when it came to writing new songs for her album Kaleidoscope Heart, said on her website it felt “like pulling teeth to write them.”

While writing for their self-titled debut album Sheehan’s mother became terminally ill. This had a tremendous affect on the band’s writing: “That was pulling on my heart strings in a big way. Lyrically it was pouring out of me” said band member O’Donoghue whose father also passed away during the album’s creation. “But then amidst all this travesty and disaster, these songs have risen out of it. That was the time when it finally came home to me how important music was to me, cos in my darkest moments that’s what got me through.”

What O’Donoghue and Barilles said on their websites proves my point. Every word, lyric and chorus that the artist writes is an outward expression of an inner emotion. Time after time when pen hits paper or finger hits keyboard that person is acting as their own therapist.

Every time someone decides to listen to a music track they are giving themselves permission to feel something and they assume the risk that the emotion they feel may not always be positive. 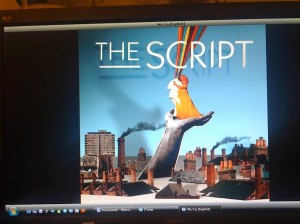 I have an unspoken deal with the artists I listen to. Since they have put a lot of themselves in to their music they have earn some privilege to co-exist with my emotions. If I don’t want to share my emotions with them, be it happiness, sadness or anger, I simply change the track. 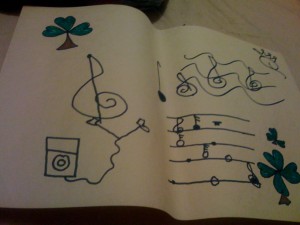 Songs are called tracks for a reason. Songs are placed in order on an album because the artist wants to create a journey for their listeners. Tracks are laid down so that a train may ride on them. As a listener you are a passenger on that train and you can decide to take the entire journey are only make a couple of stops.

In today’s music industry anyone can be a singer, but not everyone is an artist.