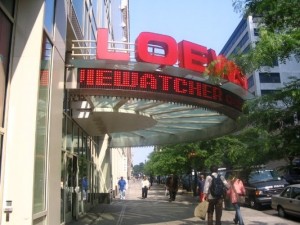 Movies aren’t all about horror, fiction, action, or romance anymore, these days documentaries are starting to become a new hit. Artists have taken over the movie theatres, not only with their songs but also by appearing on screen and giving us a glimpse of their musical journey.

I have cousins that are big fans of Justin Bieber, and although I don’t see what the big hype about him is, I was forced to take them to see his first movie, Justin Bieber: Never Say Never. I rolled my eyes when I walked in and anticipated the dreadful 105 minutes that I had to go through. Surprisingly, I didn’t find it as horrifying sitting through it as I did for the Hannah Montana/Miley Cyrus: Best of Both Worlds Concert Tour movie.

I came out appreciating the artists for taking us into a part of their world. It provided a version of what it is like shadowing them through the camera lens as well as getting to know the artist’s unseen private life.

Some artists try to kill two birds with one stone by allowing the making of the documentary to help bring up revenues as well as letting their fans get the satisfying end of getting up close to them. I find it smart and a bit too easy.

I can’t say that I love these documentaries as a movie but I do appreciate the effort especially Michael Jackson’s This Is It. But documentaries like the Jonas Brothers: The 3D Concert Experience movie was just getting too much for my taste.

This entry was posted in Music, Music Rant/ love song. Bookmark the permalink.