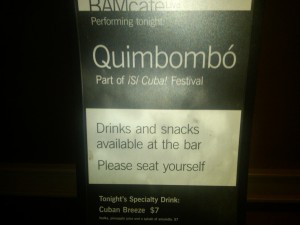 Whether it costs money or the admission is free, music could be just loud and obnoxious sometimes.  Free concerts sound like a great idea, but there is a reason why the music is free.

The Bamcafé holds many events that include free performances. The BAMcafé is a small part of the Brooklyn Academy of Music (BAM), which was founded in 1861. This makes BAM America’s oldest continuously operating performing arts center.

Located on 30 Lafayette Avenue, Brooklyn, BAM consists of a 2000-seat opera house, a 800-seat theater, and four other cinemas. Because an escalator can only be able to hold so many people, space in BAMcafé becomes a priority. Just like any other building, it can only hold as much as regulated. If you are even a minute late, you can still miss the show.

Once one enter the caliginous hall, the first thing you may see are the arrays of individuals just standing. Seating is limited, which means one must come at least a hour in advance to each event. One may order food as well if they are seated. The ones who are left standing are left to gather around the bar, where anyone could like the music that is played. 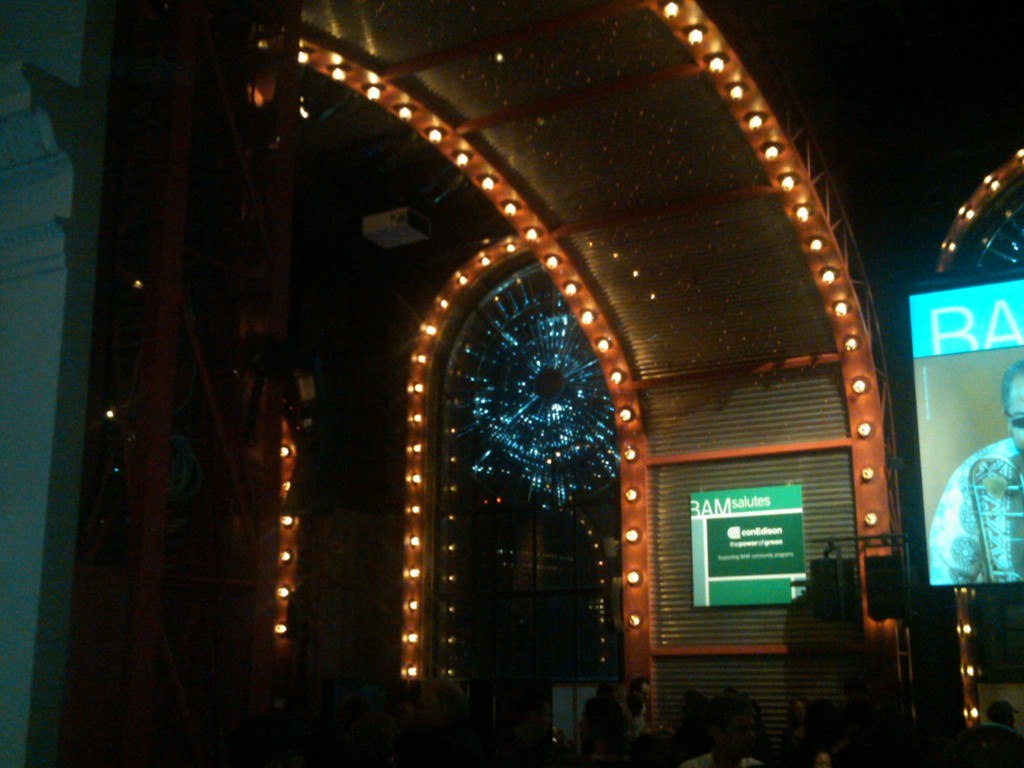 From April 22nd till June 4th, the BAMcafé will add a spice to their everlasting melting pot of cultural events. This spice is the ¡Si Cuba! Festival, which is from March to June. It is held throughout fourteen New York City locations to celebrate or showcase Cuba’s rich culture. BAM will feature seven Cuban bands that includes Quimbombó.

Quimbombó is not your typical plate of gumbo. It is not spicy and it is quite loud. With congas, trumpets,  saxophones, and flutes Quimbombó is as traditional as the spicy dish.  On Friday, April 22, 2011, Quimbombó performed at the BAMcafé. 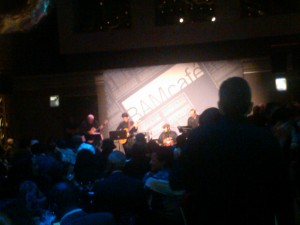 Oquendo, a native of Havana, founded the Latin Grammy-nominated group, Raices Habaneras. He has personally worked with many top artists including Paquito D’Rivera, Cachao, Willie Chirino, Marc Anthony, and Johnny Pacheco. When Oquendo sings, it becomes amateur hour on the dance floor. As young couples look like fools when trying to do the samba, Oquendo pours his heart out on stage. While some were dancing and enjoying themselves, I could not help but feel distant from the music.

No yo no gusto Quimbombó. For those who do not understand spanish, I just said I do not like Quimbombó. The music did not connect with me but it can for other people. Maybe I should have enjoyed the bar like the others did.