“When do you think he’ll come on?” seemed to be the question of the evening floating around Webster Hall. Though no one seemed to have a definite answer, it wasn’t really a concern to the hundreds of guests in attendance for the Boys Noize concert on Good Friday. The venues multiple party rooms seemed to have everyone preoccupied until then.

Webster Hall was first built in 1886 and quickly changed the ideas of a typical nightclub experience. The venue has the capacity to hold 2,500 people a night and consists of five separate party rooms. It opened as the biggest and first modern nightclub in the United States. Over time it also turned into one of the world’s most famous concert venues. Big name artists to up and coming bands have all had a chance to perform on one of Webster Halls’s multiple stages.

On April 22nd, the spotlight was on Boys Noize, or rather Alex Ridha, a Berlin-based DJ and producer who has made quite a name for himself in the electronic music industry at only twenty five years old. He began producing and DJing at early age and first worked with American DJ Felix Da Housecat and DJ Hell who influenced Ridha’s style the most. He has now gone solo with his stage name Boys Noize and has grown popularity in the rise of Dubstep, which is a particular genre of electronic dance music that has an overwhelming bass line and a reverberant beat. To many, Boys Noize is one of the best electronic DJ’s in the industry now, even winning multiple awards including Best Electronic Artist on Beatport. 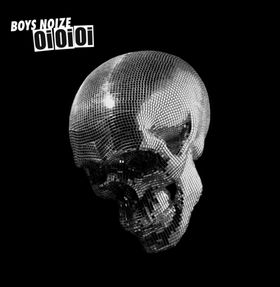 Though it is argued that the sounds of electronic music and dubstep tend to get repetitive, it should be said that Boys Noize, most of his live performances, though playing his hits also include him mixing and remixing on the spot, which adds to the excitement of seeing him live.

The crowd seemed to be put in a trance when he began. They all moved in unison to the beat and a sense of euphoria ran rampant in the air. It was obvious from the cries and frantic dance moves that everyone felt extremely happy to be there. The crowds response shows the sort of power that Boys Noize upheld throughout the course of the evening. For someone who simply plays around with noise (literally) there is something in his music that was like an intoxicating rush that everyone felt and responded to gladly. The vibes that Boys Noize and the crowd were feeding off each other was something special that only a certain type of artist can bring to their fans.

Overall, it is true that Boys Noize sounds as stereotypical as the next dubstep/electronic artist, he really served the point that all artists and their music should which is to genuinely bring happiness and enjoyment to your fans which is exactly what Boys Noize did at his performance at Webster Hall.