In Chapter 15 Eric Foner touches a few different topics in discussing the reconstruction and reorganization of the United States.  Blacks at this time were finally acquiring some of the liberties and rights that Whites had, yet this didn’t come without hardship and turmoil.  The 15th amendment was establish granting blacks the right to vote, yet due to poll taxes and scrutiny of uneducated black voting still didn’t come easy.  The right to vote for blacks meant that education was even more essential.  During the reconstruction blacks where able to create their own schools and eventually interracial schools were formed. 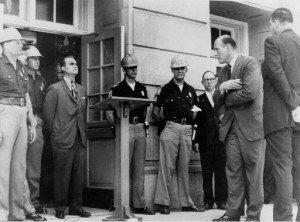 Foner also touches on the idea of forming new churches. Blacks eventually left white churches and formed that of their own where one could avoid harassment and scrutiny of whites during this time of change in the nation. These changes that occurred, although tough as any change may be, helped developed the nation we live in today where discrimination does not prevail.

This entry was posted in TV24. Bookmark the permalink.