After the civil war African Americans were freed from slavery, 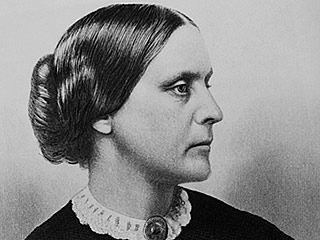 but they realized the lack of freedom they have.  The African Americans pursued their own freedom after the civil war. At the same time women in America had almost not rights at all. Women saw all the freedom the African Americans were gaining. So they started to fight for their rights. Women had no power at all. They weren’t seen to be able to survive independently, and treated with disrespect. It was very rare to see a women leave their houses.  Being led by Susan B. Anthony and Elizabeth a. Stanton women started to gain rights in the late 19th century. In 19320 the 19th amendment began to give women rights to vote and work. Women are now more comparable to men. Women are proven to be able to be successful and capable of doing mens jobs. Nowadays we have women in office positions, millionaire and more.

This entry was posted in KM24, September 16 Assignment and tagged Freedom, women's rights. Bookmark the permalink.