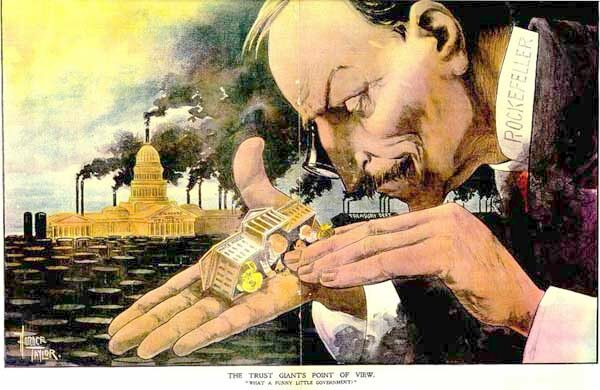 John D. Rockefeller was an extremely wealthy man. He took control of the oil industry at this time in American history.  Although you were not allowed to have a monopoly, Rockefeller basically did by driving out the competition through secret deals with the railroad companies.

Basically, Rockefeller was running the government during this time.He was able to make the prices as high as he wanted, because he did not really have any competition to stop him. This was obviously not good for the middle class and poor citizens.

One Response to Monopoly is Fun Unless You are Losing