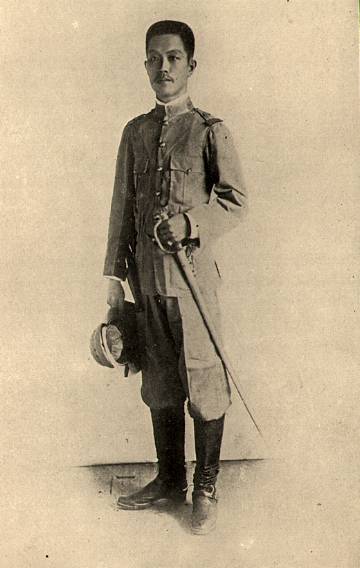 He was 29 years old when he became Chief of State, first as head of the dictatorship he thought should be established upon his return to Cavite in May 1898 from voluntary exile in Hongkong, and then a month later as President of the Revolutionary Government that Apolinario Mabini had persuaded him should instead be instituted. Aguinaldo’s presidential term formally began in 1898 and ended on April 1, 1901, when he took an oath of allegiance to the United States a week after his capture in Palanan, Isabela. His term also featured the setting up of the Malolos Republic, which has its own Congress, Constitution, and national and local officialdom — proving Filipinos also had the capacity to build.

Aguinaldo is best remembered for the proclamation of Philippine Independence on June 12, 1898, in Kawit, Cavite.

He joined the KKK in 1895 he dedicated to the expulsion of the Spanish and independence of the Philippines through armed force. Although they were forced to surrender due to lack of arms, he did what he had to do in order to protect his country from invasion like Hawaii, Puerto Rico, and other places that were being taken over.

1) How did it feel to be the youngest president of the Philippines?
2) If you could change what happened at the Revolution, what would you do?

This entry was posted in September 28 Assignment, TV24. Bookmark the permalink.