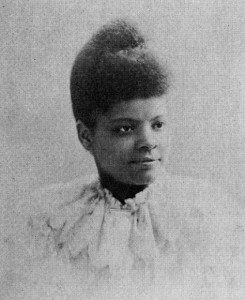 Ida B. Wells was an African American activist, journalist, and editor. Along with that she was an active leader in the civil rights movement and recorded many lynching cases that occurred in the United States. She also participated in the women’s right movement including the women’s fight to be able to vote. Between the years of 1883 till 1905 lynching was at its peak in the south. Blacks who refused to follow the southern lifestyle were lynched. Ida B. Wells was born in Mississippi into a slave family and was a recorder of the lynching’s happening in a newspaper editorial. Over time she became one of the foremost important ant lynching crusaders after the ruining of her newspaper that resulted from an essay she wrote which stimulated a lot of controversy.

After the lynching of Wells friends she wrote her essay about the event in Memphis, this caused a mob to destroy her newspaper office and also led her to move to Chicago. Her attention towards lynching was brought out by the death of her friends and resulted in active involvement in these repetitive attacks on innocent southern African Americans. She stated that the United States was not the “land of the free” since blacks were still not receiving their equally deserved rights. She worked towards achieving justice for African Americans all over and to eradicate lynching completely.

1. After your newspaper was destroyed and you were not allowed to move back to Memphis, what led you to continue your struggle in working for African American equality not only in the U.S. but overseas as well?

This entry was posted in admin only: Featured, September 28 Assignment, TV24 and tagged civil rights, lynching. Bookmark the permalink.

2 Responses to Ida B. Wells