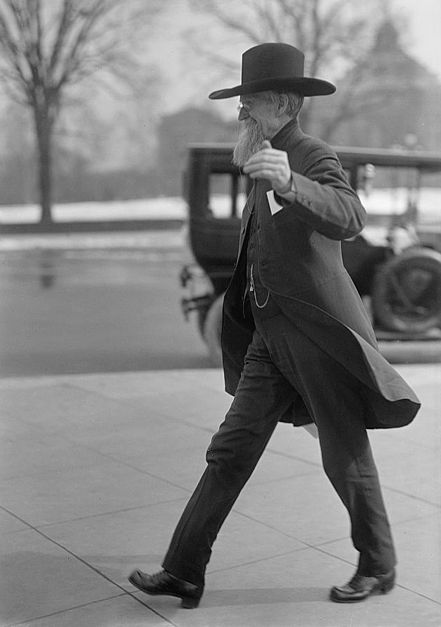 Being from Texas, this name popped out while reading chapter 17.  Cyclone was one of the oldest roller coasters in Texas,  and that is what this man was when he was in a debate or trying to get his conversation across.  He was a lawyer, who helped move the populist movement of the late 19th century.  He took a journey preaching against the big banks, by quoting Thomas Jefferson’s words to the working class, and promoting the Farmers Alliance.   I was deeply moved by his hard hitting stunts and awesome outfits, but was later dismissed that he joined the KKK later on in his life.

I believe that public speaking was Davis’ true talent.  Not only did he know this, but the farmer’s alliance, John Ireland and many others knew it too.  With heavy financial backing of all that wanted his voice to support him, I think that James used his vocal power to pay his bills.  But with this, I believe he had passion to get the word out as well.  He started as a judge than he dabbled in journalism, so there was a constant journey for justice.

If he came to our class, I would want to ask him two questions:

1.  What do you think of our current political structure? Is it similar to the one of your time?