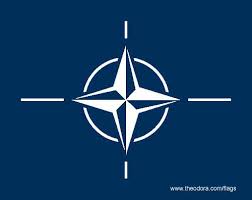 the official emblem of NATO

The North Atlantic Treaty was formed and signed on April 4, 1949 by the United States, Canada,  and 10 other western European nations.  The partners of the Treaty held the belief that the Soviet Union posed a new threat to the democratic world. Thus they stated that “an armed attack against one or more of them shall be considered an attack against them all.”

In order to analyze how history might have been different if NATO was not formed, one must understand the significanc of its formation.  First of all, the NATO was a very important defensive organization in the implementation of the containment policy. It is no surprise that soon after the formation of NATO the Berlin blockade by the Soviet Union was lifted and further advance of communism in Europe was truncated. For America, the formation of the NATO marked an end to its isolationist policy. From the time of its inception, a large number of American troops was stationed in Western Europe.