Today, women have all the rights a man does. However, this was not the case before 1877. Women, black or white had no freedoms of their own. Not only were they not allowed to vote, women were not allowed to pick up a job. All they could do was stay at home and take care of their family. This was unfair.

Prior to 1877, it was unheard of to see women outside of their own homes. It was hard for a woman to fight for her right as well. All judges and important positions were held by men. They did not take the freedoms of women seriously. 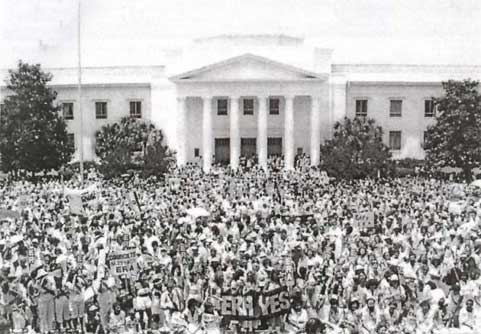 Thanks to the struggles from special figures such as Susan B. Anthony, by 1920, when the 19th Amendment was passed, women were given more rights. There was a lot of progression up to 2010. Some notable changes were women being able to hold jobs and vote- two things that they were not allowed before. Women proved they can be just as determined and successful as the men in the country. Now we have women who are billionaires or hold powerful political positions in the United States.

5081190214592784
View all posts by alex.aleksandrovski →
This entry was posted in September 16 Assignment, TV24 and tagged 19th amendment, women, women's rights. Bookmark the permalink.