In chapter 15, Eric Foner lists a few rights the African Americans were given. For example, they were granted the right to own properties, and have legalized marriages—although they did have quite a number of constrains such as being limited in access to courts and their rights to vote. 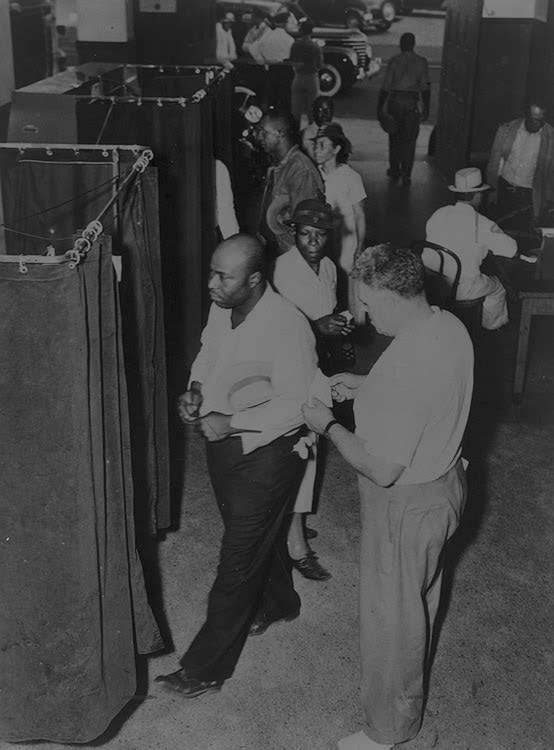 To have African Americans in the government office, or even to have them practice their political rights were not possible prior to 1877. As previously mentioned, they were just given the basic rights: legal marriage, ownership of property, and so on, and even these basic rights were becoming possible after the war. However, in the long run, the political rights of African Americans were realized, and in the U.S government today no officers are being held back for their skin colors. To go even further, we now have the first African American president in the history of U.S.A.

This entry was posted in September 16 Assignment, TV24 and tagged African-American, rights, voting. Bookmark the permalink.