In Chapter 15, Eric Foner discusses the many types of freedom. As a female, I thought it would be appropriate to discuss the freedom and rights of women. Women were given their rights through a long process. The first known process was the Seneca Falls Convention.  Elizabeth Cady Stanton and Lucretia Mott were the main women that started this movement. It took 2 days of discussion and debate to get 68 women and 32 men to sign a Declaration of Sentiments, which presents grievances and sets the plan for the women’s rights movement. They were calling for equal treatment of women and men under the law and voting rights for women. When the South had “destroyed” slavery, this promoted passion for liberty, freedom, and equality. The Reconstruction Era was like an open spot for women to step in and finally get the rights and equality they deserved. Although the Fifteenth Amendment allowed colored peoples to vote, women felt that it did not help them in anyway. The first move to change this was brought up by Susan B. Anthony and Elizabeth Stanton to change the exclusion of voting for women. It started in 1869, and finally in 1920, women were granted the right to vote by the 19th Amendment. In my opinion, this was long overdue but at least all their hard work paid off. They wanted freedom, recognition, equality, and emphasis on the fact that woman’s rights was a problem needed to be fixed in the 1800’s. 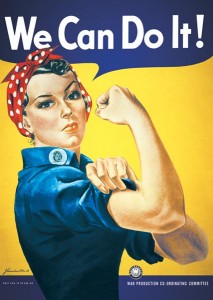 Freedom was realized during the Reconstruction Era as an opportunity for the minorities of the time, which were mainly colored people and women. Freedom should not have been something to gain but unfortunately in the 1800’s this was the case.

This entry was posted in September 16 Assignment, TV24 and tagged 15th Amendment, 15th Amendment and the Right to Vote, 19th amendment, women's rights. Bookmark the permalink.