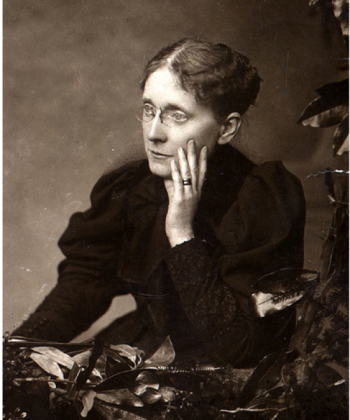 Frances Willard was one of the most prominent women of the 19th century. She is well known for her influence on the enactment of the Prohibition and Women Suffrage Amendments in the US Constitution. From early childhood, Willard marked herself as a free thinking and curious individual who was eager to figure out things for herself. She graduated as a valedictorian from the Northwestern Female College. After that she taught at Pittsburgh Female College and Genesee Wesleyan Seminary in New York. Apart from her blooming teaching career, in 1864 Willard published a book  Nineteen Beautiful Years. After a period of travel and studies in Sorbonne, Willard accepted a post of a president of Northwestern Female College in 1871. This post played important role in developing the direction of her future life.

Taking on a role of a president in the Female College, Willard was very committed to pass a program that will allow women to extend their opportunities in education, social and political spheres. However, her  enthusiasm was not supported and resulted into confrontations with the University President and eventual Willard’s resignation from the post. Leaving her presidency at the Female College, Willard did not give up her ideals. Instead, she decided to take on a different route for accomplishing her goals. She took on a post of a president of the Chicago Women’s Christian Temperance Union (WCTU). During the years of her work in WCTU, Willard developed excellent oratory, organizational and policy-making skills. Willard strongly felt, that women must be represented in all spheres and allowed to vote and be elected for government. Her views, reflected in her slogan “Do Everything.”, aspired women all over the country to follow Willard’s ideals. Eventually by 1891, she became president of the World’s WCTU, and her influence spread across Europe as well. Her personal experiences combined with negligence of women around her inspired Willard to fight for women’s rights. She helped to form a Prohibition Party and was deeply concerned with suffrage movement and Populism.

If I could, I would ask Frances Willard

1. To share  her experiences of being one of the influential female speakers and policy makers of her time. How did it feel to influence history and future of women all over the world?

2. To comment on her conflict with African-American journalist Ida Wells regarding civil rights and Willard’s racism.

2 Responses to “The world is wide, and I will not waste my life in friction when it could be turned into momentum.” Frances Willard, the Suffragist