In 1894 during the Pullman strike, attorney general Richard Olney secured from federal courts writs of injunction ordering the strikers back to work. He also advised the use of Federal troops to suppress the insurrection.  Consequently, Federal troops and US Marshalls quickly swamped railroad centers. As a result, a series of violent confrontations between the strikers and US troops ensued leaving more than thirty people dead. In the end, the strike failed when the striking union leaders where jailed for contempt of court for disobeying the judicial order.  Attorney general Richad Olney’s role in the Pullman strike was very important because it was the first time a Federal injunction had been used to break up a strike which set a precedent for “government by injunctions.”

At the time of this incident, Richard Olney was a director of the Burlington and Santa Fe railroads. Obviously his sympathies  would not lie with striking workers whose boycott impeded national rail service.  When the General Manager’s Association  (railroad owners organization) sought the help of Governor John P. Altgeld to secure Federal troops to no avail, it was Richard Olney that emerged as a helping hand. Richard Olney was motivated by his vested interest in the affairs of the railroads.

Two questions I would like to ask Mr. Olney are:

1) Why did you deem it necessary to send Federal troops to suppress the strike?

2)  What is your justification for the writ of injunction you obtained? 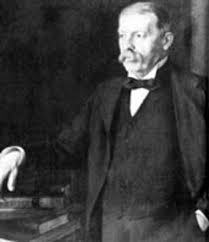 This entry was posted in September 28 Assignment, TV24 and tagged 1894, Pullman Strike, railroads. Bookmark the permalink.

One Response to Richard Olney