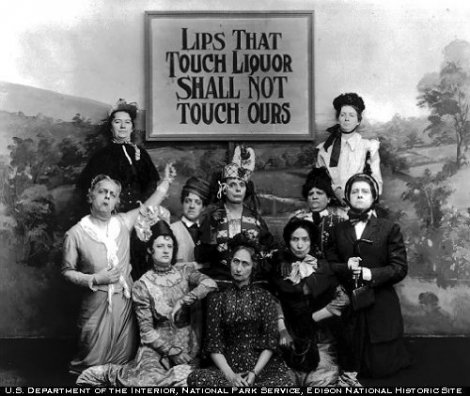 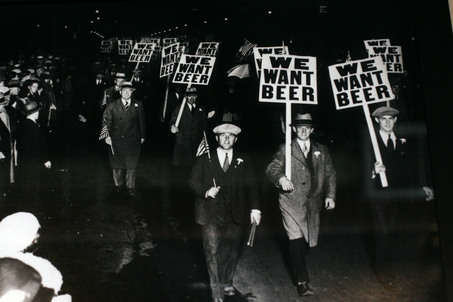 The Prohibition inherited form the nineteenth century and finally began to achieve national success in the U.S during the World War I. Basically, Foner had completely covered how the movement of Prohibition go though in the USA. Foner had mentioned that the Prohibition was led by the Anti-Saloon League and the Women’s Christian Temperance Union. Proponents of Prohibition included many women reformers who were concerned about alcohol’s link to wife beating and child abuse and industrialists, such as Henry Ford, who were concerned about the impact of drinking on labor productivity. Advocates of Prohibition argued that outlawing drinking would eliminate corruption, end machine politics, and help Americanize immigrants. In December 1917, Congress passed the 18th Amendment that prohibiting the manufacture and sale of intoxicating liquor.

1.       What was the main reason that the national Prohibition against alcoholic beverage was enacted?

2.       How did the general male workers and farmers feel toward the Prohibition?

This entry was posted in admin only: Featured, October 12 Assignment, TV24 and tagged Eighteenth Amendment, Prohibition, World War I. Bookmark the permalink.

2 Responses to Lips that Touch Liquor shall not Touch Ours