One type of freedom in chapter 15 of Foner’s book is about the education of blacks, if the blacks want to have right to vote, they need to improve their own quality, and education is the measure of a person, a nation and an important quality of a nation scale. Because education is one of the most important freedom for all people. Before the Civil War, black are not allowed into white public schools, some of them only can have inferior education and they can’t build their school because most of them are slaves. After the Civil War they eager to be educated blacks, many black schools established, the black educational system throughout the United States is beginning at this time. 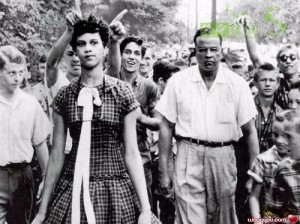 It is a very short time for the freedom education because some states in the south still have racial discrimination and that make African American uncomfortable, in this period the African American still can’t get the same education as white. Because which makes them can’t get equal opportunities in a white dominated society. 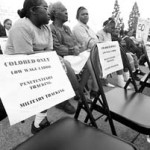 Every African American have a dream is like the white to get the best education and it is become a true in nowadays society now. Every one should have right to improve themselves, and education is the best way to make people more “strong”, knowledge is kind of invisible force, and there should not have Racial segregation in public schools, because every people is equal.

This entry was posted in admin only: Featured, TV24. Bookmark the permalink.