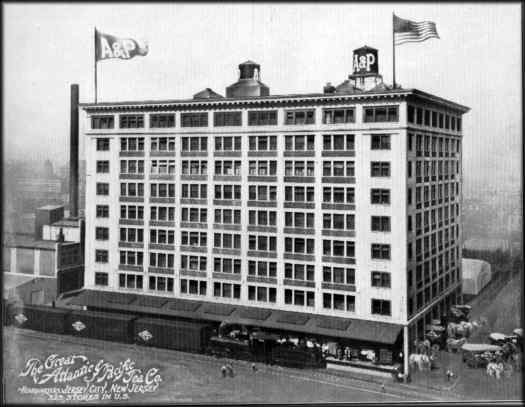 As the economy grew, an expanding market was formed and demanded mass production, distribution and marketing of goods. A major factor in the distribution of goods and name-brand goods were chain stores. The chain stores would expand their stores all over the nation, and helped distribute goods nationally. A&P expanded their market by purchasing smaller businesses and chains, and A&P stores still can be found all over the nation today.

One Response to Stores Stretch Their Chains All Over the Nation