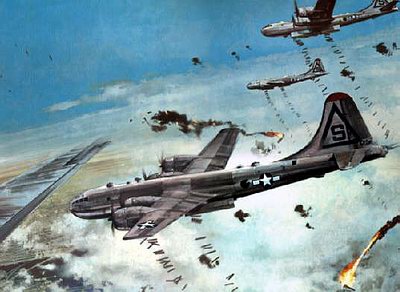 The perspective of the creator is shows that America is threw atom bombs in Japan in 1945. why we call this is a “Good War” for America because during the WWII, when Japan expelled the British, Dutch, French, they attact America. After America defeat Japan, U.S can occupy the original site of colonial countries. The objective to show this because Japan is a fascist, the United States is anti-fascist, and also Japanese attact on Pearl Harbor. The objective of the work is achieved in my opinion is Japan and America are the two major naval power, Japanese attact Pearl Harbor is trying to shattered the U.S Navy. No matter what, the United Stated must defeat Japan in order to dominated the Pacific and the world.

2 Responses to Who is the Boss?