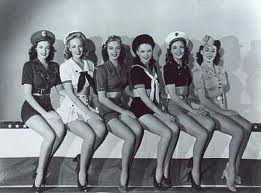 By the early 19th century,acceptable occupations for working women were limited to factory labor or domestic work. Women were excluded from the professions, except for writing and teaching.

By 1920 women gained the right to vote

During wartime women have served in the armed forces. In the United States during World War II almost 300,000 women served in the Army and Navy, performing such noncombatant jobs as secretaries, typists, and nurses. Many European women fought in the underground resistance movements during World War II. In Israel women are drafted into the armed forces along with men and receive combat training.

This entry was posted in Assignment due December 7, TV24. Bookmark the permalink.