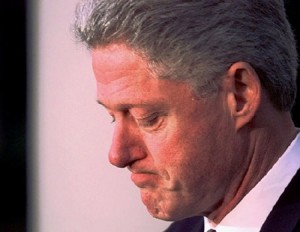 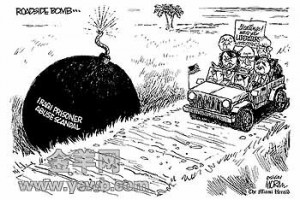 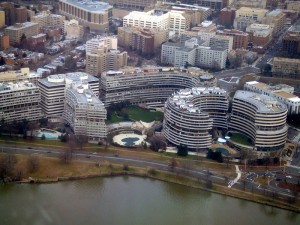 As all we know there are three American political scandal which are The Watergate scandal, the sex scandal and the “torture door”. The Watergate scandal was a 1970s United States political scandal resulting from the break-in to the Democratic National Committee headquarters at the Watergate office complex in Washington, D.C. Effects of the scandal ultimately led to the resignation of the President of the United States, Richard Nixon, on August 9, 1974, the first and only resignation of any U.S. President. It also resulted in the indictment, trial, conviction and incarceration of several Nixon administration officials. The affair began with the arrest of five men for breaking and entering into the Democratic National Committee headquarters at the Watergate complex on June 17, 1972.
Former U.S. President Bill Clinton during the administration of the U.S. economy has been very prosperous, but he left the deepest impression was the people that he and former White House intern Monica Lewinsky sex between the sex scandal . Clinton and Monica Lewinsky has been recognized as early as 1995, the two have sex in the White House, Clinton firmly denied. In 1998, when President Clinton for his Monica Lewinsky sex scandal and lied about the issue under investigation, was charged with perjury and obstruction of justice. In the same year in August, Clinton delivered a televised address to the people, for the first time publicly acknowledged and Lewinsky had “inappropriate relationship.”Soon after, the House of Representatives passed two articles of impeachment, but was rejected in February the following year the Senate, Clinton to escape impeachment . .

This entry was posted in TV24 and tagged December 7 Assignment, events after 1960, Suprise events. Bookmark the permalink.