Made in Japan Inc. is back with Syan, a balloon artist, and Ace-K, a ninja style acrobat, and Japan’s fan favorite clown/juggler duo, Taratta Latta to showcase their talent in New York City at Baruch College Performing Art Center!

To apply and get a student discount, please visit

All rights are reserved by Made in Japan Inc.

Posted in Uncategorized | Comments Off on BALLOON NINJA2 -Kawaii Invasion Mar 25, 17 PRESENTED BY MADE IN JAPAN Inc. 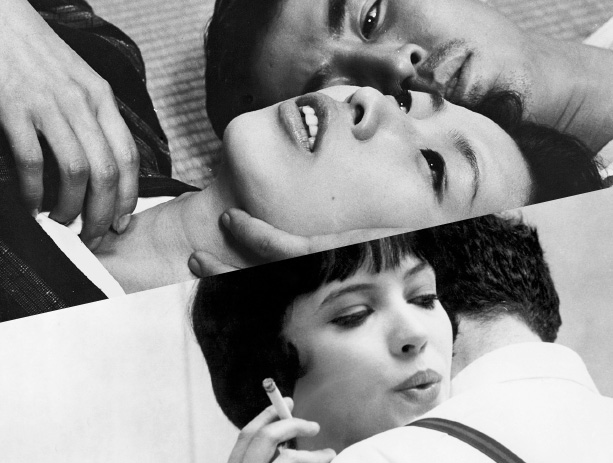 Commonly referred to as “the Japanese Godard,” Nagisa Oshima said he preferred that Jean-Luc Godard be called “the French Oshima.” However one chooses to regard these renegade auteurs, both were leaders of their respective countries’ New Wave movements, creating some of the most stylistically rule-breaking, politically incendiary films of the 1960s and 70s. BAMcinématek screens their explosive works side by side for a double dose of truly revolutionary cinema.

After the Storm, Hirokazu Kore-eda’s Latest Masterwork, Is Indispensable

After the Storm, Hirokazu Kore-eda’s Latest Masterwork, Is Indispensable

If civilization were to end tomorrow — and who the hell knows, it just might — we could learn a lot about building the next one from the films of Hirokazu Kore-eda. Back in 1998, the Japanese director had his U.S. breakthrough with the wildly acclaimed After Life. Since then, he’s been a regular on the international festival circuit, building an impressively humanistic body of work. 2004’s Nobody Knows may have been his first true masterpiece, but there have been other standouts: Last year’s Our Little Sister, 2013’s Like Father, Like Son and 2008’s Still Walking were all critically adored. Even so, Kore-eda deserves to be better known — his name shouted from rooftops and his films made required viewing.

That may sound like an odd claim to make about a writer-director whose work is never insistent but rather understated, almost demure. Still, these gentle, observational dramas hide deep reserves of passion and pain; they sneak up on you and then refuse to let go. And After the Storm might be his most devastating work yet. The film follows divorced dad Ryota (played by a movingly mopey Hiroshi Abe), a failed novelist and gambling addict looking to put his life back together.

When we first meet him, he’s raiding his mom’s apartment and searching the possessions of his recently deceased father for anything he might be able to sell. (The mother, by the way, is played by the great Japanese actress Kirin Kiki, who has worked with Kore-eda several times before.) Unfortunately, dad too was a gambling addict and had already pawned just about everything. And the family is wise to Ryota; his mom has sold off everything dad left behind, and his sister has taken anything else of value that could be hocked.

Ryota wants to clean up his life, but he is somehow both too proud and too defeatist to do so. That might seem like a contradiction, but Kore-eda, who draws from life and not from simplistic loglines, understands that those impulses often go hand-in-hand. Ryota spends part of his time on buses and trains with a notepad, presumably gathering ideas for a new book, and the rest working for a private-investigation firm to make ends meet.

Sometimes, he confronts the people he’s investigating, shows them what he’s found, then takes their money in exchange for covering up their misdeeds and infidelities. He also can’t stop gambling, nor can he resist using his job to spy on his ex-wife and his son, who are moving on to a better life with a wealthy alpha male who cheers the boy on at his baseball games and takes the pair out to fancy dinners. Meanwhile, Ryota turns down more lucrative writing opportunities, using as his excuse the novel he may never actually write.

It would be easy to shape such material into a tragedy, a judgmental look at a man’s agonizing downfall. It could also be turned into a simplistic tale of redemption. But for Kore-eda, it’s just a glimpse of ordinary people living their ordinary lives. Ryota’s setbacks aren’t all that different from the infidelities and failures he documents at his private-eye job. “For better or worse, it’s all part of my life,” says one woman who’s just discovered her husband is cheating on her. That respect for human fallibility shines throughout After the Storm, as Kore-eda patiently charts the process by which his protagonist comes to understand that he might never become the man he wants to be — and starts to reconcile aspiration and acceptance.

In an early scene, Ryota’s mother points to a small tangerine tree on her balcony, one he had planted as a young boy. “It doesn’t flower or bear fruit, but I water it every day like it’s you,” she tells him. Then she notes that this fruitless fruit tree has become a home for caterpillars, one of which she recently saw turn into a butterfly. “So it’s useful for something,” she declares. Ryota repeats her words — “I’m useful for something” — not with relief or obstinacy but with a hushed desperation. It may as well be a question, asked by a downcast young child to his mother.

Ryota asks many questions over the course of After the Storm. The most prominent, perhaps, is “Why did my life turn out like this?” He writes it on a small piece of paper and pins it to a wall filled with other notes — maybe a plan for his novel, and a sign that he’s finally starting to look at his own life? Who knows? Kore-eda isn’t in the business of providing answers. He prefers to explore the paradoxes of human behavior. Ryota, we learn, wasn’t a particularly attentive father or husband before his marriage fell apart, and only now, after the fall, does he realize the value of what he’s lost.

“I wonder why it is that men can’t love the present,” his mom observes. “Either they just keep chasing whatever it is they’ve lost or they keep dreaming beyond their reach.” His father, she says, was just like him. And Ryota’s son may well be on his way, too; we see Ryota buy the boy his first lottery ticket, and we wonder if the child will one day inherit his father’s and grandfather’s gambling compulsions.

Kore-eda’s stories, such as they are, unfold in unlikely ways. He doesn’t play so much with structure but with focus: He’ll allow a scene to go on and on before slipping in a crucial bit of narrative information that sends the story off in a new direction. That could result in chaos, but his absorption in these lives, his ability to imbue the slightest exchange or glance with warmth and humor, transfixes us. We can lose ourselves in these films — wondering what’s around every corner and what’s going on in the mind of even the most minor of characters. This love for people reflects back on the viewer. I walked out of After the Storm wanting to be a better person — and further convinced that Hirokazu Kore-eda isn’t just one of the world’s best filmmakers but one of its most indispensable artists.

Posted in Uncategorized | Comments Off on After the Storm, Hirokazu Kore-eda’s Latest Masterwork, Is Indispensable

Special Offer: Buy tickets to at least 3 different films in the same transaction and receive $2 off each ticket.

Posted in Uncategorized | Comments Off on BEYOND GODZILLA: ALTERNATIVE FUTURES & FANTASIES IN JAPANESE CINEMA

The Japanese Division at Hunter College would like to invite you advanced-level students to a unique workshop about Tenugui.

This workshop is only to Japanese students in an advanced level since the workshop is going to mostly be in Japanese.

We are seeking up to THREE 2017 summer interns to support current initiatives of CULCON, JUSFC and U.S.-Japan Bridging Foundation, which include activities promoting U.S.-Japan cultural, educational and people-to-people exchange. Interns will be working from a small office in a team-oriented and fast-paced environment and will be expected to be both proactive and flexible in completing assignments. Duties include disseminating information via social media, and supporting TeamUp and other campaigns, among other research- and program-related activities.
Applicants should be undergraduate or graduate students and are expected to have excellent research, internet, communication and organizational skills and some knowledge of Japan and/or Japanese language(translation skills a plus). For summer interns, minimum 30 hours/week for 6 weeks, 9 am-4 pm. Washington, DC office, flexible schedule. JUSFC/CULCON/USJBF will reimburse local transportation costs. Please see our website for further information about our activities: http://culcon.jusfc.gov/ andhttp://culcon.jusfc.gov/about-us/internship-program
Please send a resume and cover letter to: culcon@jusfc.gov. Please include preferred start and end dates as well as contact information for up to two references.
APPLICATION DEADLINE FOR SUMMER 2017 INTERNSHIPS: March 15, 2017 . Our goal is to make decisions by April 3. (This will depend on the interview process.)

Posted in Uncategorized | Comments Off on THREE 2017 summer interns to support current initiatives of CULCON, JUSFC and U.S.-Japan Bridging Foundation