Foodies at Baruch won’t want to miss this event!

Join us for a delicious and in-person writing workshop with this semester’s Harman Fellow, food writer Eric Kim. Kim is currently a staff writer for the New York Times and regularly has recipes featured in NYT Cooking. Many of these recipes call upon his Korean-American background, and the fusion between both cultures. Oftentimes they feature backstories, sometimes historical, sometimes personal, but always written in a style that is wonderfully unreserved and engaging.

Kim has also worked as a contributing editor at Saveur, a digital manager at Food Network, a teacher of writing and literature at Columbia and as a senior editor at Food52.
While working at Food52, he won over readers with his column “Table For One”, a series of pieces all focused on the joy and catharsis of dining alone. His writing has been featured in The Washington Post and Bon Appétit, and his debut cookbook, Korean American: Food That Tastes Like Home is scheduled for release in March 2022. Kim is our first Harman Fellow food writer.

Click here for a taste of his work.
Reserve your spot ASAP! Email harmanassistant@gmail.com
*Seating limited at 20*

Baruch students will join undergraduates from around the world in presenting their own original research on panels throughout the day at the 8th Annual International Conference of Undergraduate Research (ICUR), Sept. 27-29.

See here for full schedule of panels that include Baruch participants.

This conference is free and open to the public to attend through the ICUR App, which features the full schedule of panels taking place at 15 universities in 12 countries on 5 continents, all coordinated by Monash University in Australia and the University of Warwick in the UK. (Register on the ICUR app here or through the website.)  The app allows participation in question and answer sessions.

Baruch’s 28 participants come from all three Baruch schools and many different fields. They’ll be on panels linked in real time with undergraduates at universities in England, Australia, South Africa, Belgium, and France, all presenting their own research. WSAS History Professor Katherine Pence is coordinating Baruch’s participation in the conference, which is supported by Baruch’s Office of the Provost.

Follow the conference at #icur2021 and @icurstudents.  For more information see www.icurportal.com or email Katherine.pence@baruch.cuny.edu 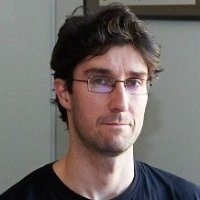 It’s almost that time of year again! As the semester is coming to a close, we want to take the time to thank you for sticking with us this semester! Won’t you say it’s been a great year? Through game day, movie day, food day and various other events we’ve gotten to meet some great people. And with your help, we successfully hosted our 4th annual West Meets East, and Manga Symposium. We are looking forward to see what fun things we have in store for us in the future.

Let’s have some fun before the dreaded finals! Join us on Thursday, May 12 from 12:45 to 2:05 in room VC 10-165 for our End of Semester Party. Like always, there will be fun games, great food and interesting conversations.

Once again, to the members who has been with us for a long time, and new members who just joined, thank you for joining our family, it has been a great semester. See you soon!

Posted in Baruch-related | Comments Off on Baruch Japan Club: End of Semester Party

We hope you all enjoyed our study abroad session last week. This Thursday during club hours in room 11-165, we will be having our second Japanese Conversation Class with the Japanese Anime Asylum. As you may know, JCC is an event designed to help introduce students to the Japanese language as well as to help them improve their Japanese speaking skills. For this JCC, we will be collaborating with the Japanese Anime Asylum to teach you about anime phrases. Refreshments will be served as well. We hope to see you all there!

This Thursday during club hours, we will be having our first Japanese Conversation Class and GIM. JCC is an event dedicated to helping people learn and practice speaking Japanese with their peers, regardless of their skill level. Here’s your chance to practice your Japanese with other members. Refreshments will be served as well. We hope to see you all there!

Dear Members,
We hope you’ve all had a great weekend! This Thursday, we will be having our second Japanese Conversation Class. JCC is an event dedicated to helping those who are interested in learning Japanese or are interested in improving on their Japanese speaking skills. Join us in our usual room, 10-165 from 12:45-2:05 PM. Feel free to invite your friends as well. Whether you’re a beginner, or you have more experience speaking Japanese, we hope to see you there!

Want to learn a foreign language? Want to do it in a fully immersive environment?  Wondering how to pay for it?

At this information session, we will explain the different scholarship opportunities for foreign language learning, discuss the application process, talk about preparing a competitive study abroad scholarship application, and give you tips on how to plan ahead—academically, financially and personally. This is also a great opportunity for you to ask questions. The discussion will focus on the U.S. Dept. of State’s Critical Language Scholarship and the opportunities available through the Boren Awards for International Study.

We hope you all had a great weekend. With midterms approaching, why not take opportunity to relax a bit? This Thursday, October 22nd, in room VC 10-165 during club hours, we will be hosting our Nomikai event: Essentially a type of “drinking” game (Don’t worry, we won’t be using alcohol), here’s your chance to unwind have some fun! Refreshments will be served as well. We hope to see you there!

Dear Members,
We will be having our first Japanese Conversation Class (JCC) this Thursday, September 24th in our usual clubroom, 10-165. JCC is an event dedicated to helping people learn and practice speaking Japanese with their peers, regardless of their skill level. If you are interested in learning Japanese, or are trying to improve your Japanese speaking skills, then feel free to join us. The theme for this class is “Travelling in Japan”. We hope to see you there!