Join our annual conversation between contemporary Japanese and American authors in which Asia Society hosts an international dialogue, curated and moderated by the co-founders and editors of the Tokyo-based literary journal Monkey Business with writers who are featured in this latest edition of Monkey Business (#5).

This year rising star Japanese novelist and translator Aoko Matsuda, whose stories in the wake of Japan’s 2011 earthquake and tsunami have been published in English, most notably in Granta, will be paired with American short story fabulist Kelly Link and award-winning Japanese graphic novelist and cartoonist Satoshi Kitamura will be in dialogue with award-winning American cartoonist and author Ben Katchor. Moderated by Monkey Businesseditor Roland Kelts and the editors and co-founders of Monkey Business, Ted Goossenand Motoyuki Shibata.

Ben Katchor is a highly esteemed cartoonist whose books include Julius Knipl, Real Estate Photographer: The Beauty Supply District (translated into Japanese), The Cardboard Valiseand Hard-Drying in America. His picture stories appear in Metropolis. The latest issue ofMonkey Business contains two episodes from his Shoehorn Technique. He is an Associate Professor at Parsons The New School for Design in New York City. For more information, visitwww.katchor.com.

Satoshi Kitamura is an award-winning picture-book artist and illustrator. His books includeWhen Sheep Cannot Sleep: The Counting Book, Millie’s Marvelous Hat, and Lily Takes a Walk.He has worked with numerous artists and poets, especially with poet John Agard, with whom he has collaborated on a number of books including The Young Inferno and Goldilocks on CCTV. Kitamura has contributed to the latest issue of Monkey Business (5) “Variation and Theme,” a graphic narrative inspired by a Charles Simic poem.

Kelly Link is an award-winning short-story writer, and one of the most important voices to appear in the United States in the 2000s. She runs her own publishing house, The Small Beer Press, with her husband Gavin Grant. She has published four collections of stories: Stranger Things Happen, Magic for Beginners, and Pretty Monsters (all of which have been translated into Japanese) and her latest book Get in Trouble, published in February 2015. She contributed an essay on the experience of her visits to Japan in Monkey Business 5.

Aoko Matsuda is one of Japan’s most promising young Japanese novelists. She has published two collections of short stories and has also translated Karen Russell’s St. Lucy’s Home for Girls Raised by Wolves. Among English translations of her work are “Photographs Are Images,” translated by Jeffrey Angles and included in the current issue of Monkey Business (5), as well as “Smartening Up,” translated by Polly Barton in the online edition of the literary magazine Granta.

Roland Kelts is the author of the critically acclaimed and best-selling Japanamerica. His articles, essays and stories are published in The New Yorker, Time, The Wall Street Journal, Zoetrope: All Story, The Village Voice, A Public Space, Newsweek Japan, Vogue, Cosmopolitan, The Yomiuri and The Japan Times among others. He is also a regular contributor to CNN, The BBC, NPR and NHK. He is a visiting scholar at Keio University and contributing editor to Monkey Business. He divides his time between New York and Tokyo, and his forthcoming novel is called Access.

Ted Goossen teaches Japanese literature and film at York University in Toronto. He is the general editor of The Oxford Book of Japanese Short Stories and has published translations of stories and essays by Hiromi Kawakami, Haruki Murakami, Yoko Ogawa, Sachiko Kishimoto, and Naoya Shiga, among others. He is the co-founder and co-editor of Monkey Business.

Motoyuki Shibata is a professor at the University of Tokyo and the co-founder of the literary magazine Monkey Business, which exists in both English and Japanese as an English-language journal focusing on contemporary Japanese literature. He also runs Monkey, a Japanese literary magazine. A translator, reviewer, and essayist, he has translated into Japanese the works of contemporary American authors including Thomas Pynchon, Paul Auster, Steve Erickson, Steven Millhauser, Richard Powers, Stuart Dybek, Barry Yourgrau, Ben Katchor, Ethan Canin and Kelly Link, among others. He received the 1992 Kodansha Essay Award for his book The Half-Hearted Scholar and was the winner of the 27th Suntory Prize for Social Sciences and Humanities for his collection of critical essays, American Narushisu (American Narcissus).

Co-presented by Asia Society and Japan Foundation in coordination with Monkey Businessand A Public Space.

Posted in Uncategorized | Comments Off on Monkey Business: Japan/America Writers’ Dialogue in Words and Pictures (4 May 2015 6:30pm – 8:30pm)

CULCON, the Japan-U.S. Friendship Commission and the U.S.-Japan Bridging Foundation are deeply committed and proud to offer a joint internship program.  We offer substantive and interesting work, a friendly work environment, encouragement to attend outside related events, reimbursement of transportation costs and excellent networking opportunities.

Read below to learn more about internship opportunities.

Internships allow you to explore and apply academic theory in the professional world by combining learning and work experience. You get the opportunity to take the knowledge you have gained as a student and put it into action. At the same time you will develop new skills, explore possible career choices, and build a professional network.  Internships enhance your academic experience and can help narrow your focus for future studies.  They introduce you to new fields, help you develop or improve skills, build your résumé, and can position you to network for future positions.

The Japan-U.S. Friendship Commission (JUSFC) and U.S.-Japan Bridging Foundation in Washington, DC are seeking a Spring 2015 semester intern to support current initiatives, especially the Friendship Blossoms Initiative, a public-private gift of 3,000 dogwood trees to the people of Japan in reciprocation to the gift of cherry trees 100 years ago. Intern will be involved in coordinating tree plantings, reviewing incoming applications for tree plantings from Japanese municipalities as well as designing and disseminating informational outreach efforts via social media. Applicants should have translation skills (Japanese to English) and excellent research, internet and organizational skills. 8-24 hours/week in our Washington, DC office, flexible schedule. JUSFC will reimburse transportation costs.  Please send a resume and cover letter to: culcon@jusfc.gov.

The CULCON Secretariat in Washington, DC is seeking a Spring 2015 semester intern to support CULCON initiatives, including disseminating information via social media, a new web-based project on cultural, educational and people-to-people exchange opportunities. Applicants should have excellent research, internet and organizational skills and some knowledge of Japan and/or Japanese language. 8-24 hours/week in our Washington, DC office, flexible schedule. CULCON will reimburse transportation costs.  Please send a resume and cover letter to:culcon@jusfc.gov.

Posted in Uncategorized | Comments Off on Internship Program

The Spring Semester is coming to a close, and finals are fast approaching. As such, it’s time for our End of Semester Party! Why not take a break from studying for your finals and join us this Thursday, April 30th as we end the semester with a day of fun games, good food, and great company. This event will be held in our usual clubroom, VC 10-165 during club hours (12:45PM – 2:05 PM). We hope to see you there!

We’ll also be co-sponsoring several events this week. First, we have the Transfer Student Organization’s MIXER. This Tuesday, April 28th, join us in VC 2-125 from 12:45 PM – 2:00 PM for the chance to learn about and mingle with several of Baruch’s other clubs.

Next, we have the Taiwanese Student Association’s 2nd Annual Taiwanese Night Market. This Tuesday, April 28th, come to the Multipurpose Room from 6:00 PM – 9:00 PM for a night dedicated to spreading and celebrating Taiwanese culture. There will be food, vendors, games, and music for all to enjoy.

We’ll also be co-sponsoring the Baruch Consulting Club’s Summer Internship Opportunity at Disruptyx event. On Thursday, April 30th, you’ll have the opportunity to hear from the Executive Vice President and Co-Founder of Disruptyx, Channing Stave about two internship positions at Disruptyx. For this event, business formal attire is required, and don’t forget to bring your résumé as well.

Last, but not least, we’ll also be co-sponsoring the Consulting Club’s Deloitte Consulting event. On Friday, May 1st, from 6:00 PM – 8:00 PM, Deloitte consultants will be appearing as guest speakers in order to provide you with insight about the field as well as the interview and hiring process.

Posted in Uncategorized | Comments Off on Baruch Japan Club: End of Semester Party and Co-Sponsorships

This exhibition explores the relations between the history and concepts of the decorative expression in Japan and actual artworks of the New York-based contemporary artists who inherited those expression. (Curated by Youki Ideguchi)
ーーーーーーーーーーーーーーーーーーーー
●opening events
May 2nd(sat)
15:00~

If you have an intention to take a Japanese course (JPN1001, 1002 or 4003) in Fall 2015 and are not able to register for it since all those classes are now closed, please complete the  following online form. Once a new class is opened, we will let you know. Do NOT fill out this form if you have already registered for one of those courses.
https://www.surveymonkey.com/s/WR58ZC2 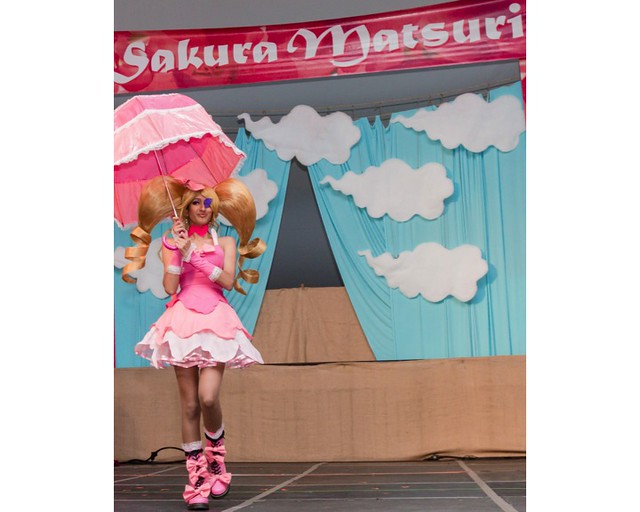 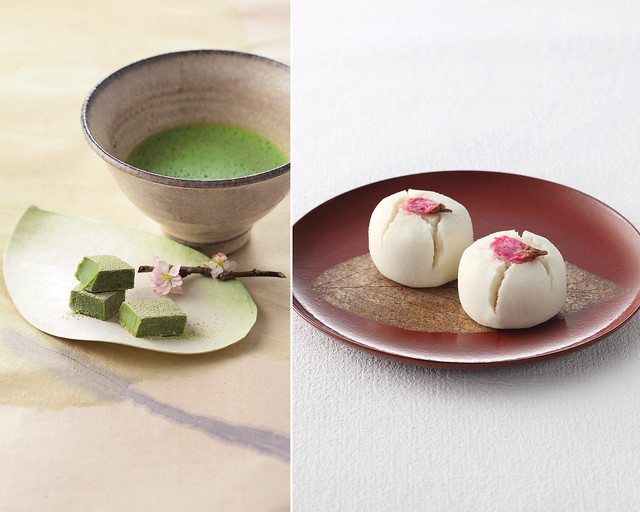 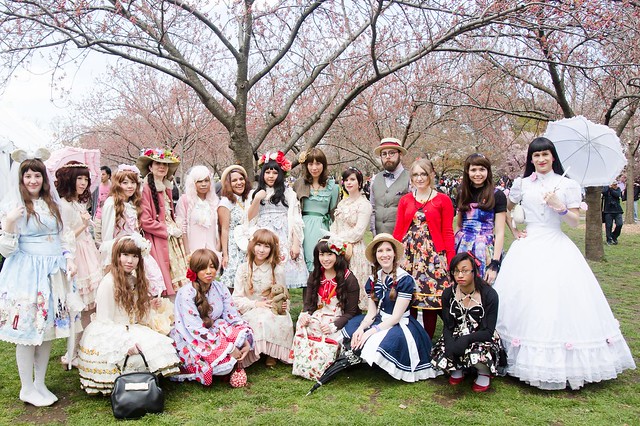 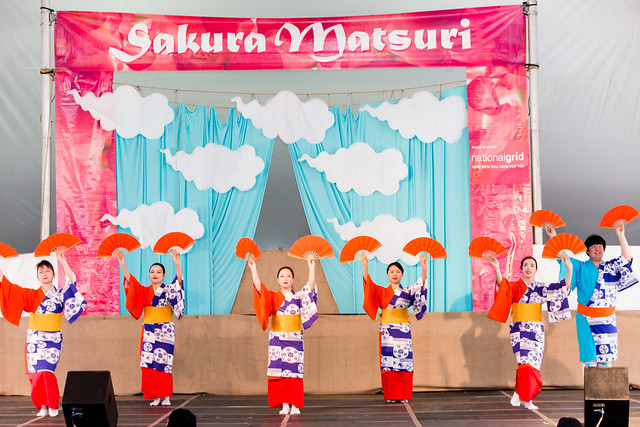 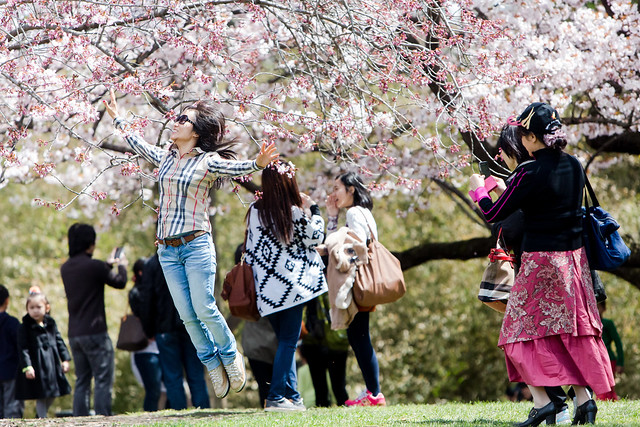 At the International Conference of Undergraduate Research, you will be able to present your academic research to audiences in NY, Seattle, Singapore, England, South Africa, Malaysia, Australia. Your paper can be from any field. You will gain support and training in writing a conference abstract and delivering an effective presentation. You may have an opportunity to publish in Reinvention: an International Journal of Undergraduate Research based in Warwick, UK. Furthermore, you will receive a certificate for presenting.

This is information only.

My name is Koichi. I work at Tofugu, LLC, a company that creates Japanese learning products (WaniKani, TextFugu, EtoEto), and also runs a blog (Tofugu) about Japanese language, history, and culture. Every year we do a summer internship. I want to help out students who love Japan and/or the Japanese language. I remember when I graduated from college there weren’t many opportunities to use what I learned from Japanese Studies major. So we try to help with that.

I was hoping you would be able to pass along this internship opportunity to your students, or forward it to the correct person in your department. Here is our jobs posting:

The internship pays $12/hour, last 3 months, and the intern will work for 30-40 hours a week. They will be able to use their Japan/Japanese knowledge and have a direct impact on the success of the business. One thing I think we do a really good job at is allowing the intern to focus on an area they want to learn about in particular. Of course, they help us out, but we really want them to learn valuable skills that will help them when they graduate.

Feel free to email me if you have any questions about it.

Thank you so much,
Koichi
Copyright © 2015 Tofugu, LLC, All rights reserved.
You are receiving this email because you are a university professor of Japanese studies

Posted in Uncategorized | Comments Off on Summer internship information

It only takes a day to change your life.

Explore the possibilities at the 2nd annual Career Forum for Positions in the U.S., where participating companies are specifically seeking qualified Japanese-English speaking candidates ready to put their skills to work across the country. This one-day event will feature onsite interviews and offers, so come prepared to open the door to your new career.

The Donald Keene Center of Japanese Culture will host a Noh theater demonstration at the Miller Theatre. We are excited and honored to have Hisa Uzawa, a prominent Noh performer from Japan, and her daughter, Hikaru Uzawa, also a lead Noh performer, show us dance sequences and introduce us to the world of Noh.

One of the first women to act as a lead shite performer in a traditional Noh lineage, Hisa Uzawa is a prominent member of the Tessenkai branch of the Kanze School of Noh theater. She has been designated as a “cultural treasure” by the Japanese government. In their New York debut, she and her daughter Hikaru will introduce the dynamics and techniques of the six-hundred-fifty year tradition of dance that lies at the heart of the Noh theater. The Uzawas will perform climactic dance sequences from four major plays and present behind-the-scenes details of costume and choreography.