Exhibition of YOKAI IN NEW YORK by Kyoichi Yamada 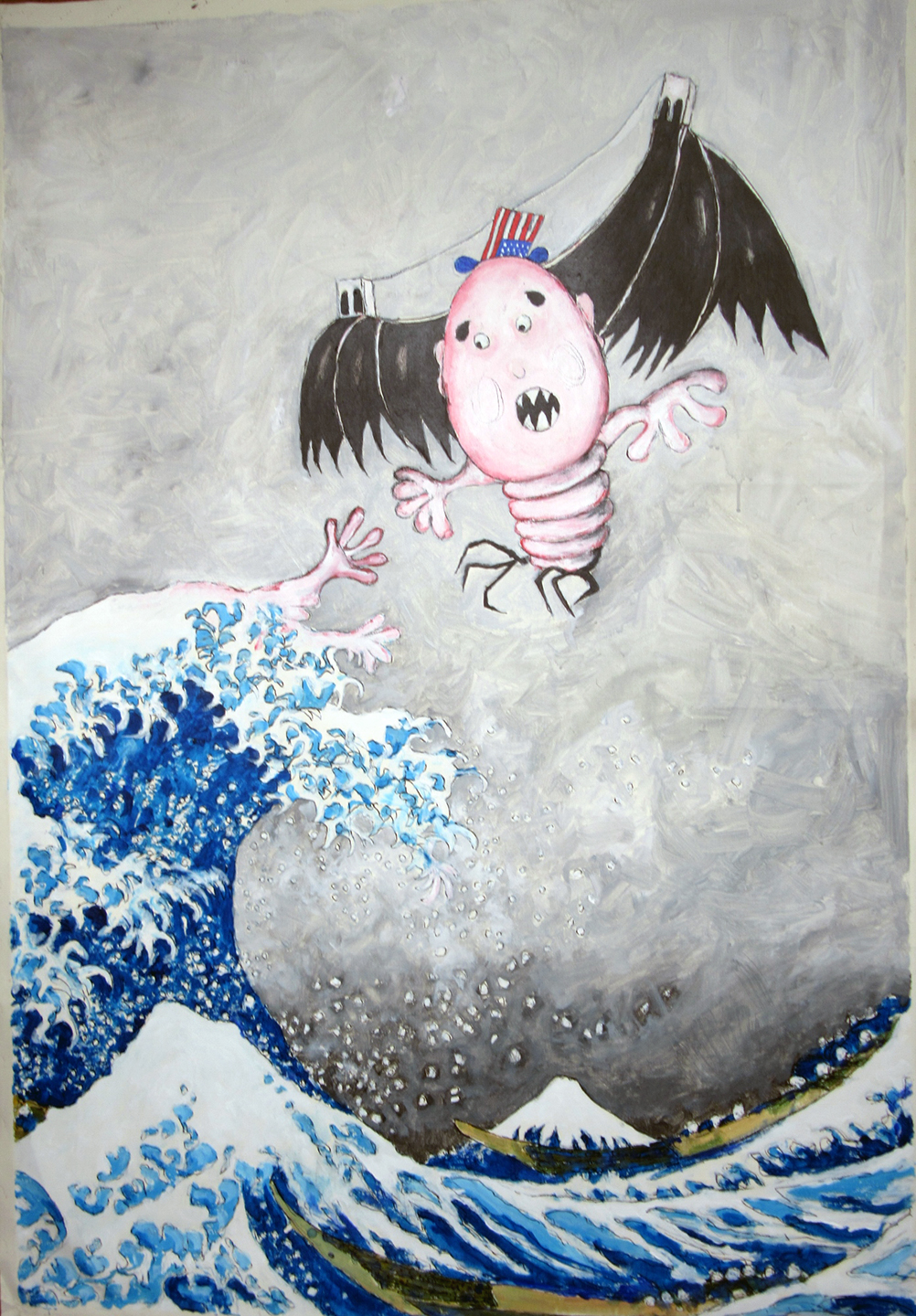 Exhibition of YOKAI IN NEW YORK by Kyoichi Yamada

The Nippon Gallery is pleased to host an exhibition of YOKAI IN NEW YORK by Kyoichi Yamada from October 27 to November 2, 2016. He searched for yokai (ghosts or monsters) hiding in New York, like Pokemon GO hunting, and created his own original paintings from them. We think this kind of exhibition is the first attempt in the USA. We hope a lot of people will enjoy this exhibition.

Yamada is a modern artist from Nagoya City located in the center of Japan. He got interested in yokai at one time, but he didn’t study or research old traditional yokai. He took everything about strange phenomena, eccentric people and unusual buildings as yokai and through his own interpretation he created new yokai. He organized them and published a book. At the same time, because he is an artist, he illustrated pictures of yokai in his book. It was about several months ago when that popular TV program ‘yokai watch’ started on TV.

He stayed in New York for his exhibition in 2014 and got interested in finding yokai also in New York. He visited here again, found out a lot of yokai and published a book titled ‘Yokai in New York’. Of course, he painted pictures for the book as well. In this exhibition 30 paintings out of them are displayed.

In 1964 Yamada was selected for the exhibition, ‘14 Japanese Artists’ held in New York, which was the first exhibition of Japanese artists after the World WarⅡin the USA. He was the youngest of the 14 artists. After that he has won many grand prix at the contest inside and outside Japan. At Wakayama International Printing Biennale, a judge, Sam Francis, a famous American artist, gave Yamada’s work the highest praise and decided that his work was awarded the grand prize.

◎ Gallery Talk：Yokai in New York
1:30 pm – 2:30 pm on Saturday, October 29, 2016
What is yokai? Ghost? Alive or dead? If everything can be yokai, what is it like? What kind of yokai did Yamada find out? He is going to have an interesting and funny talk comparing with Japanese yokai. (The Talk will be conducted in Japanese)